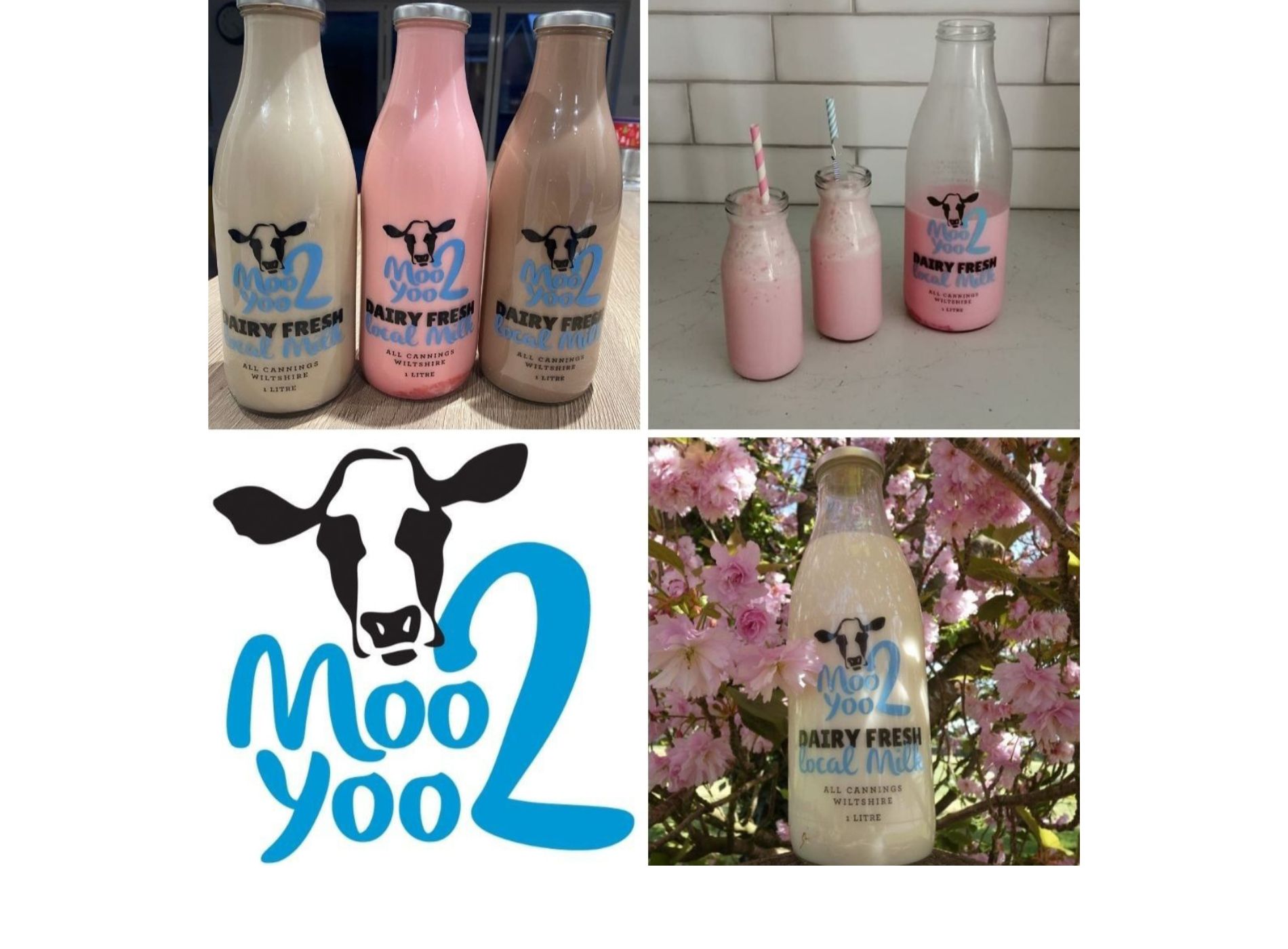 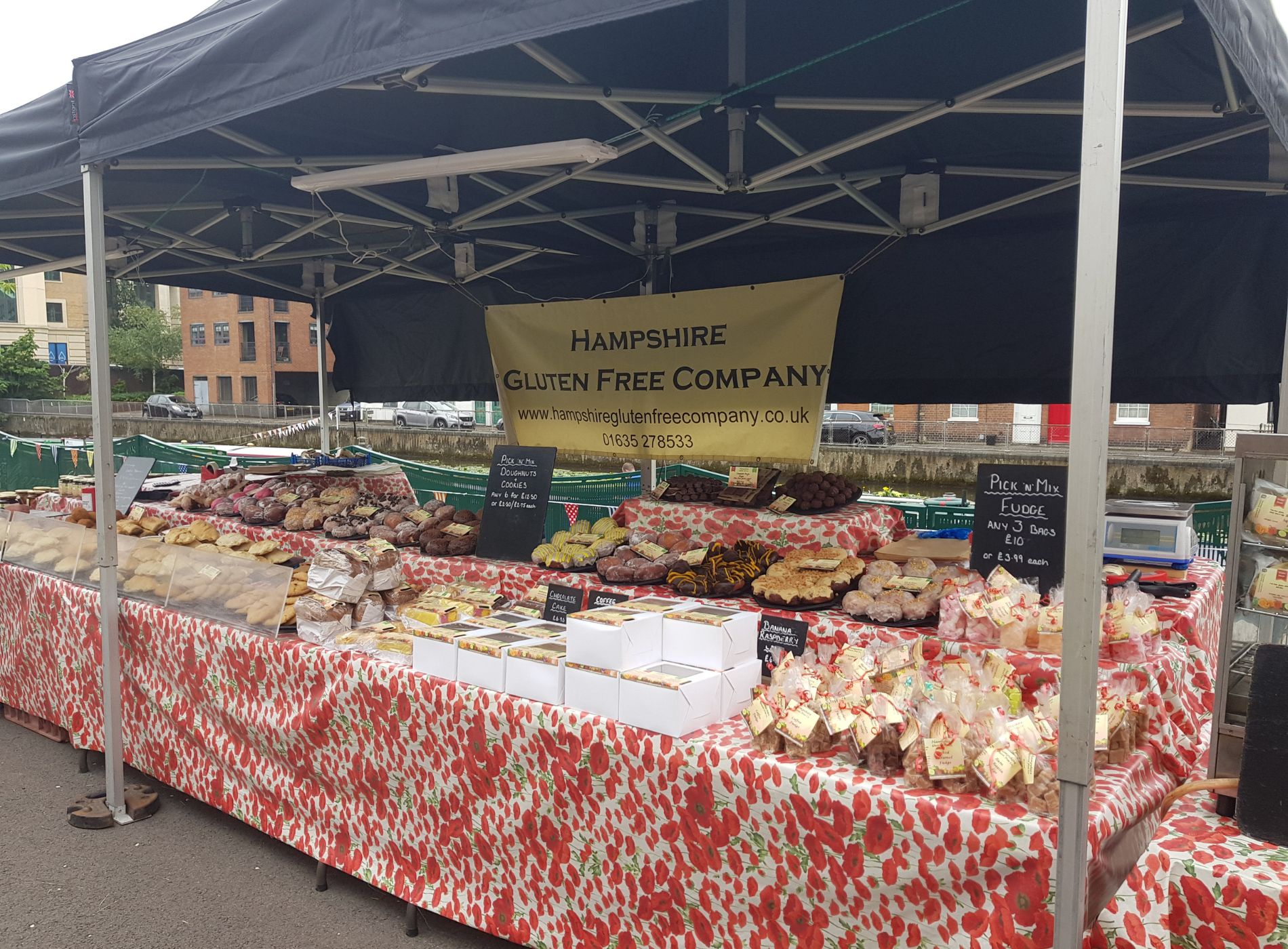 Home made gluten and wheat free bakes, both sweet and savoury. Plus confectionery and preserves. 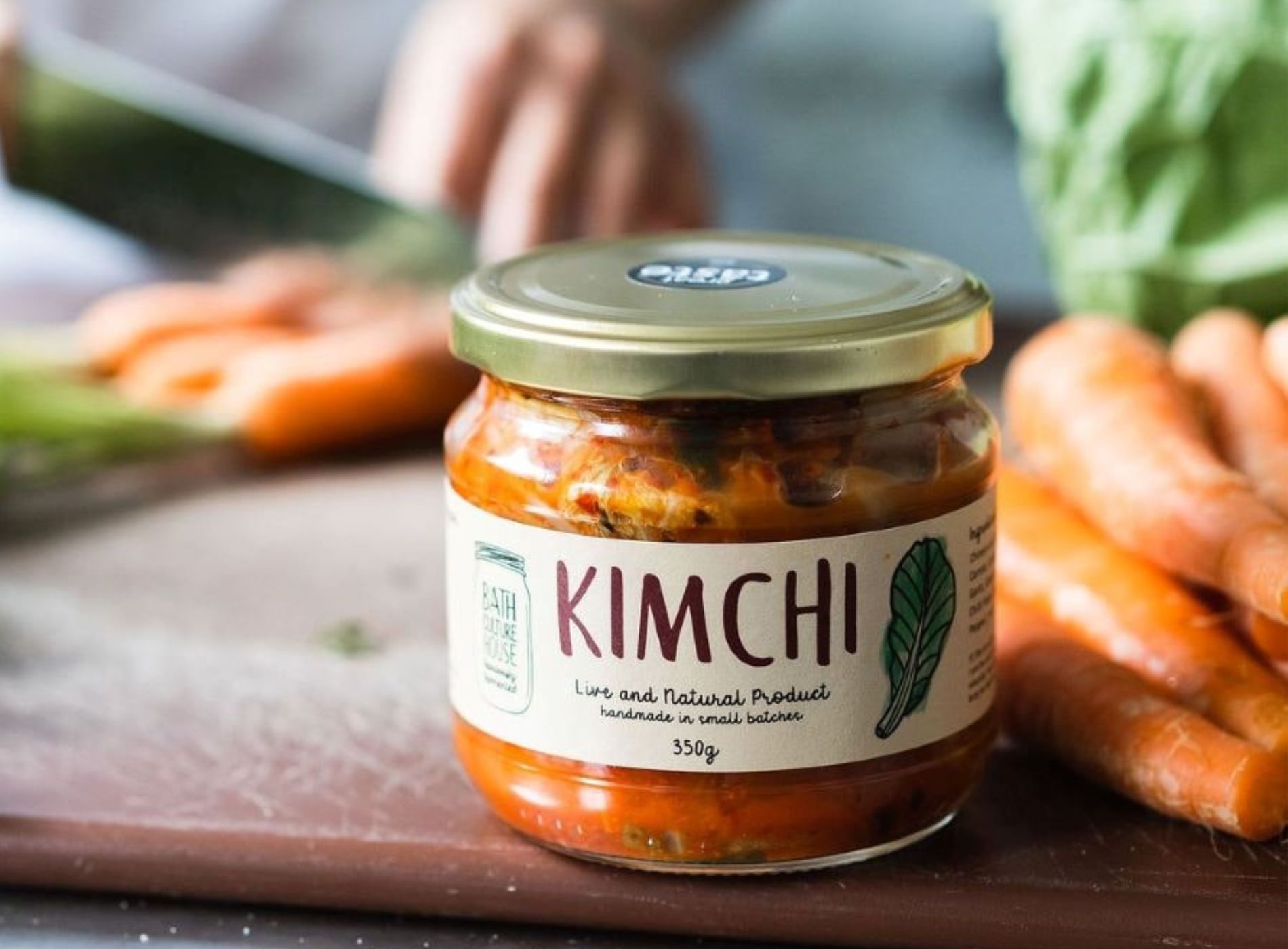 Bath Culture House produce a range of natural, live, hand-chopped and hand-packed fermented food & drink, ranging from kombucha to their selection of cashew and almond based cheese alternates! 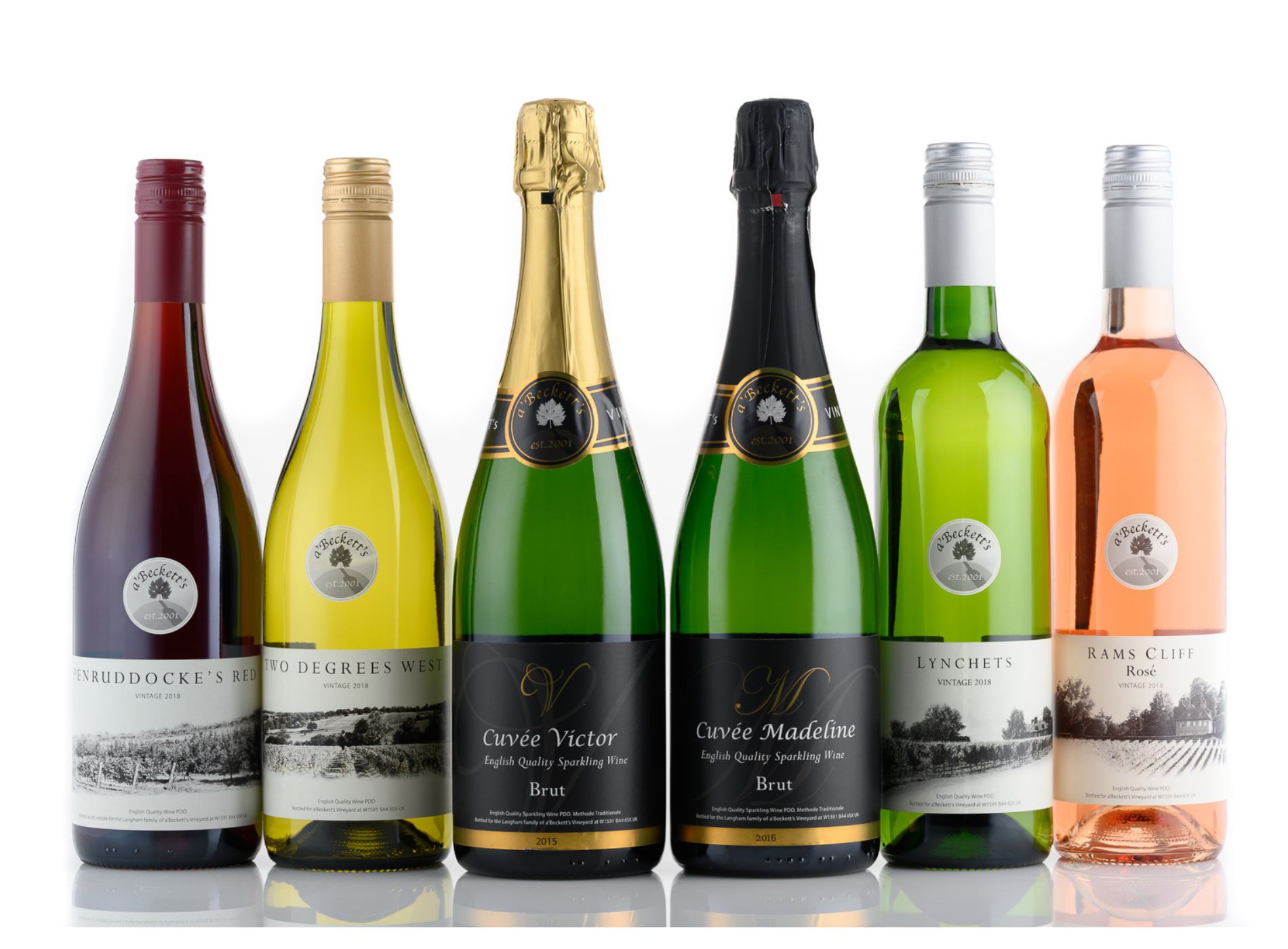 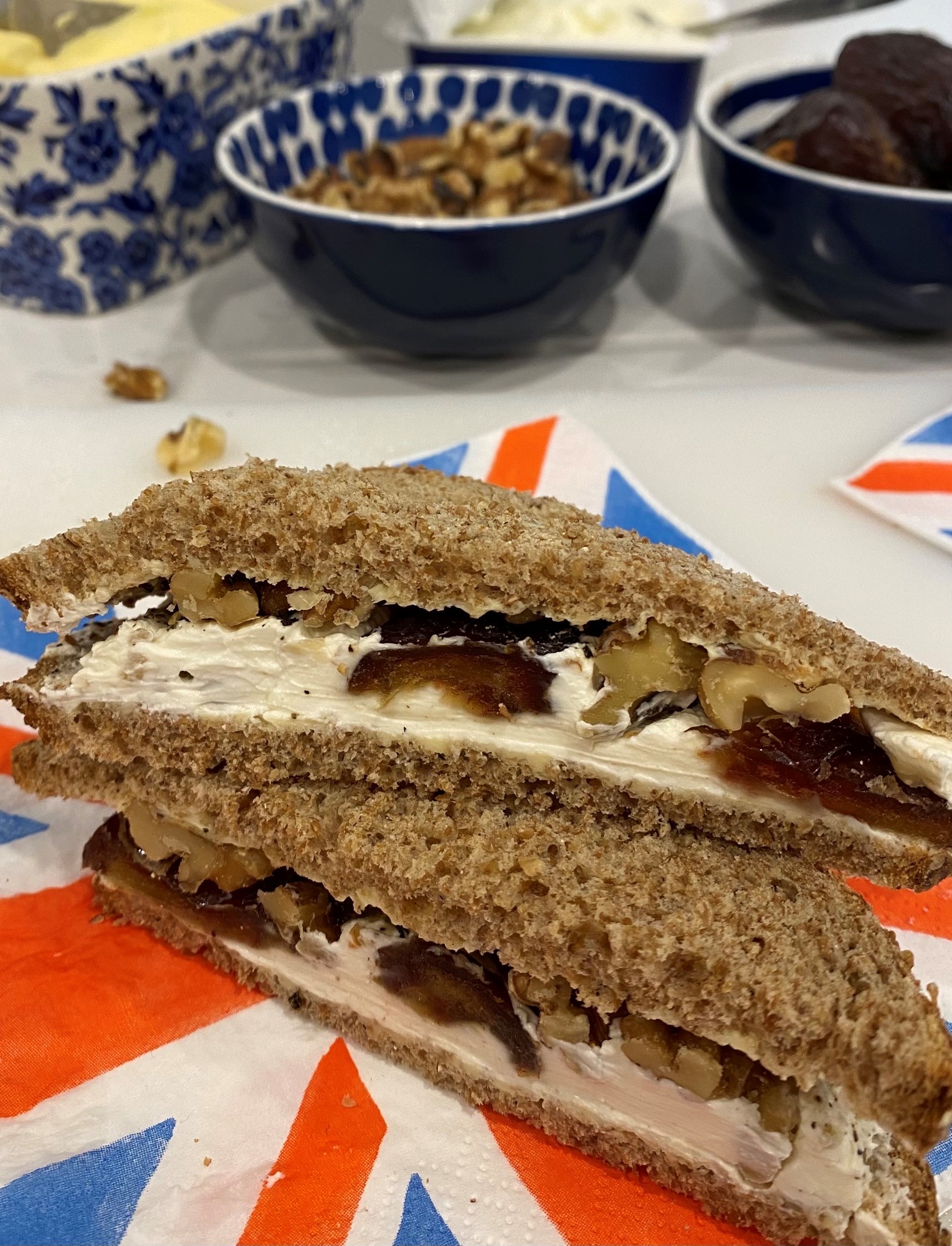 We asked for suggestions for a sandwich to celebrate the Jubilee, and in they poured. Whittled down to seven yummy ideas, our team of judges munched away and gave marks for Appearance, Taste, Feasibility (to be sold in a busy sandwich shop) and Would The Queen Like It?   Judging was done by Geoff Baker, who had the original idea for the contest, Devizes royalty former mayor Chris Gay, and Frank Feltham, owner of Jack Spratt’s Sandwich Bar, who has in his time sent goodies from Fortnums to Buckingham Palace, and sponsored the competition. And the winner is Penny Payne of … → 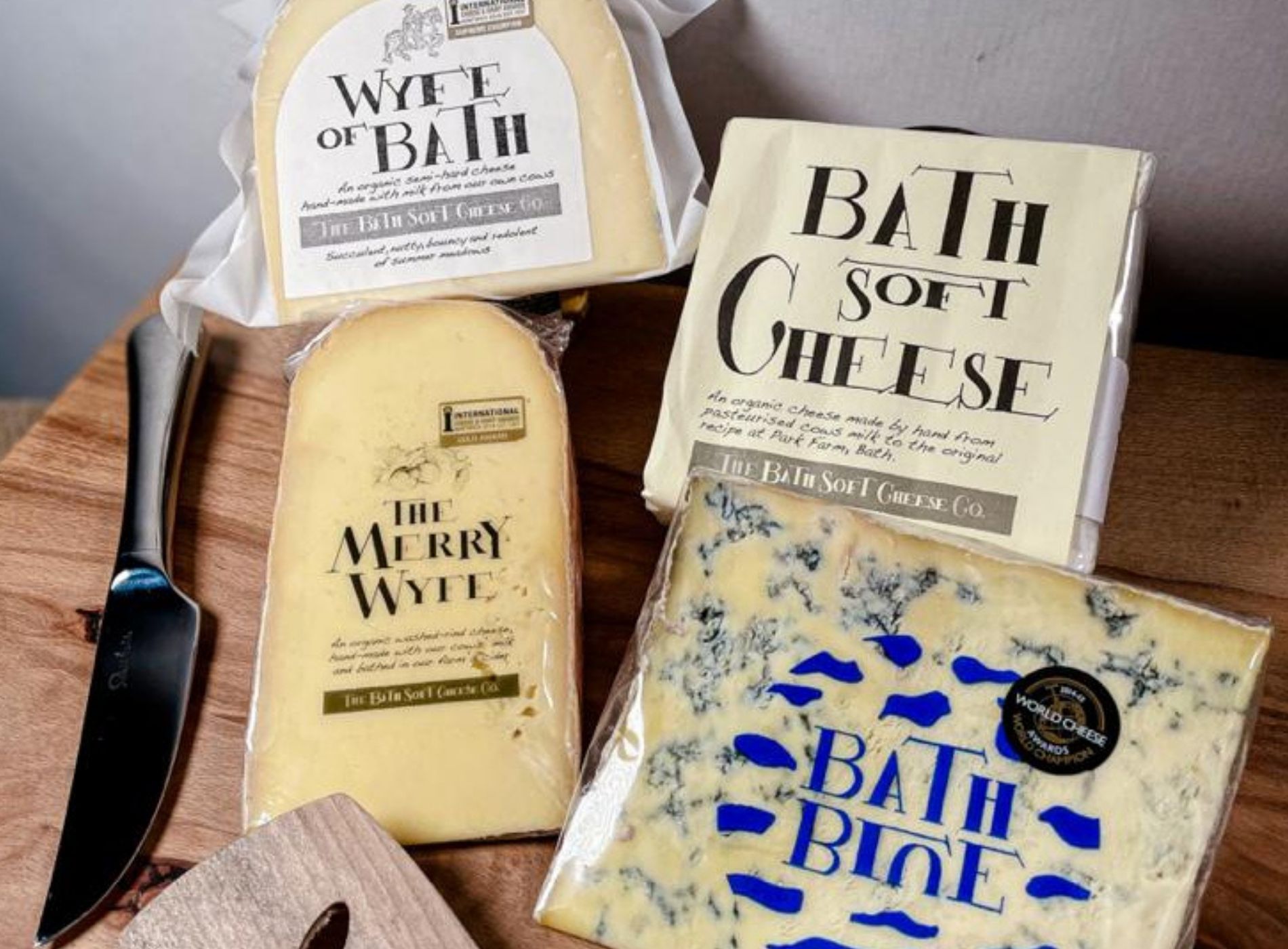 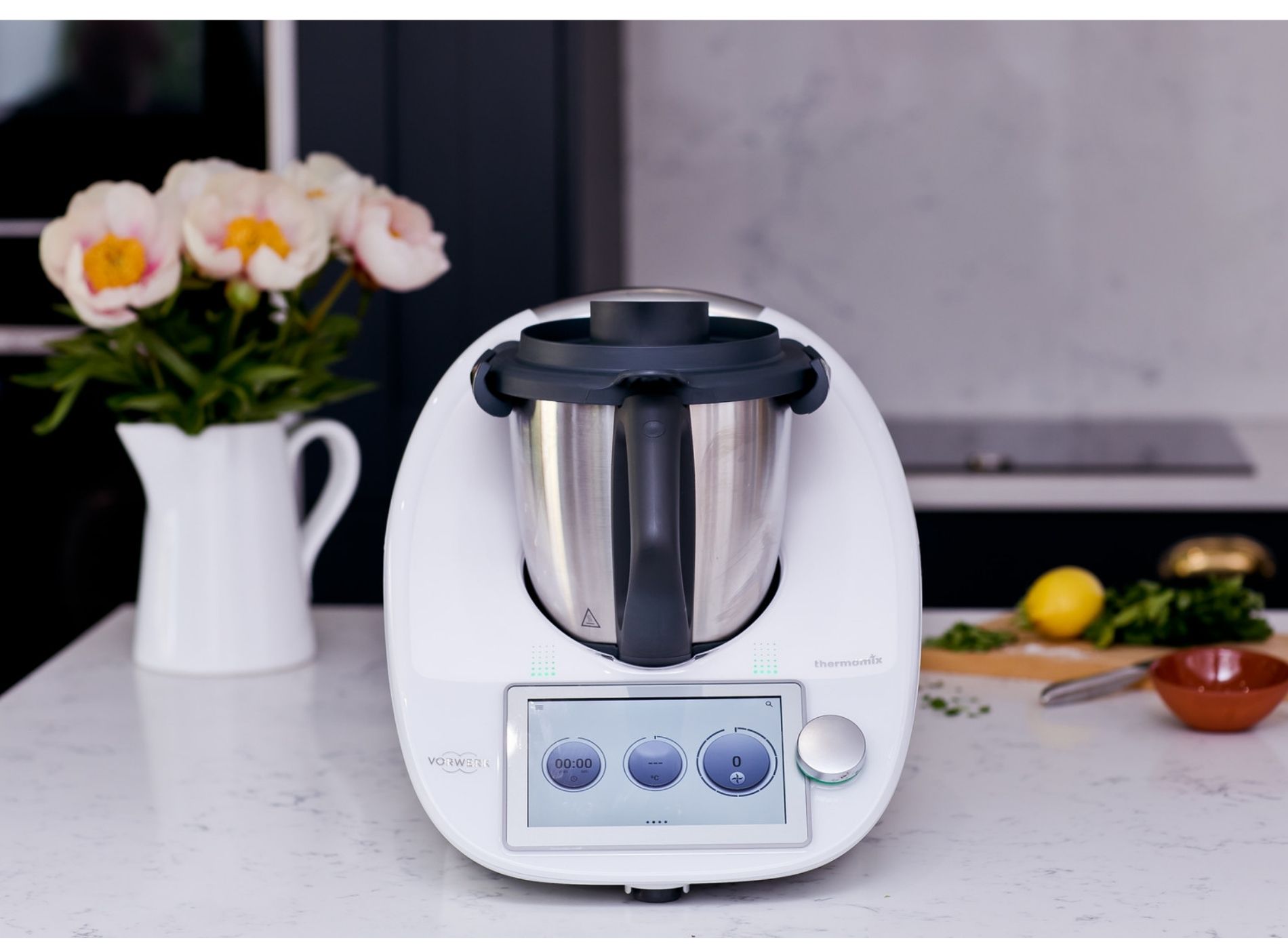 The Thermomix® TM6 replaces over 20 appliances in one sleek, compact unit that packs enormous power, versatility and innovation. Visit the stand to see what it can do, and sample some dishes created with this amazing product. 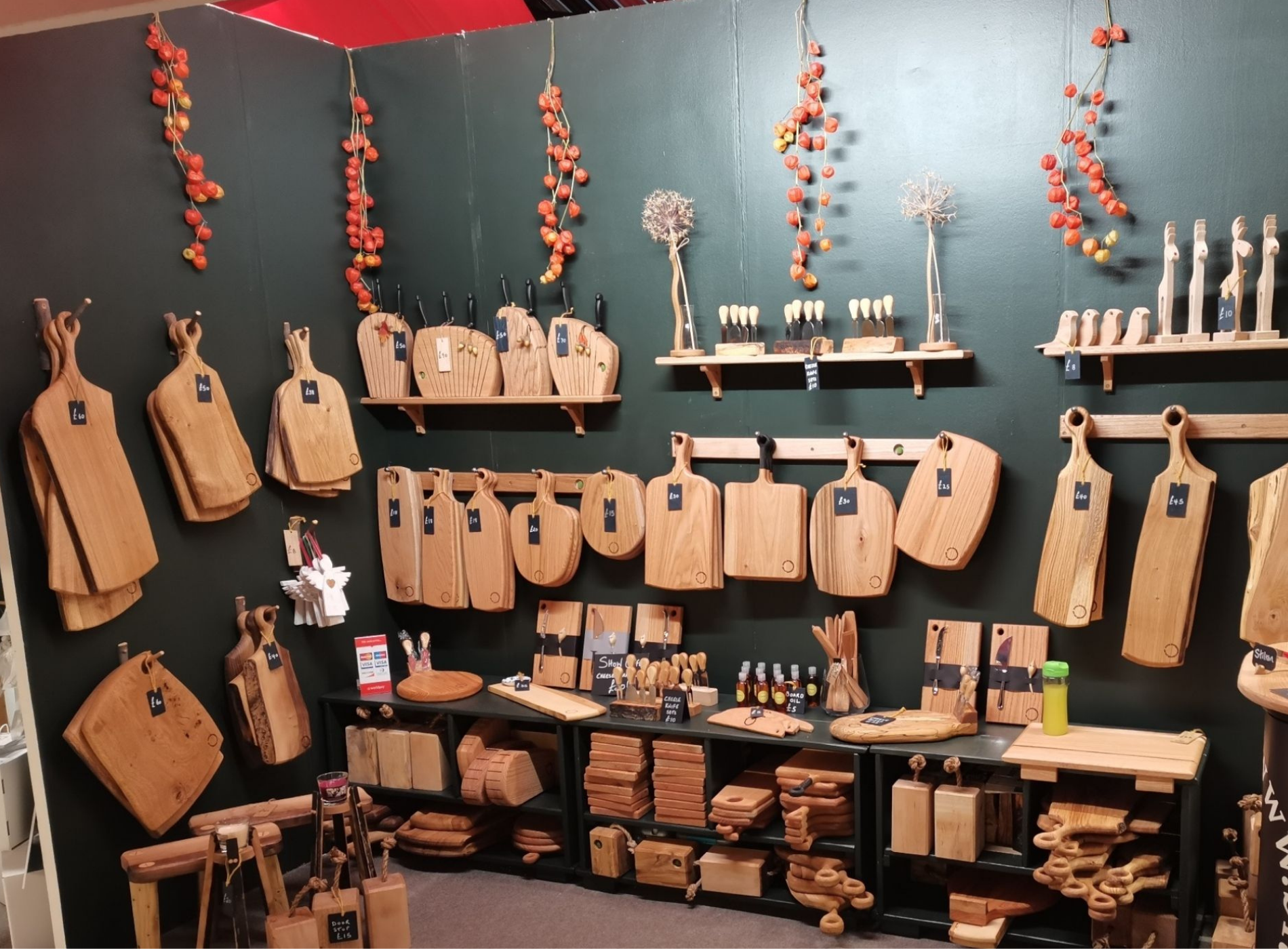 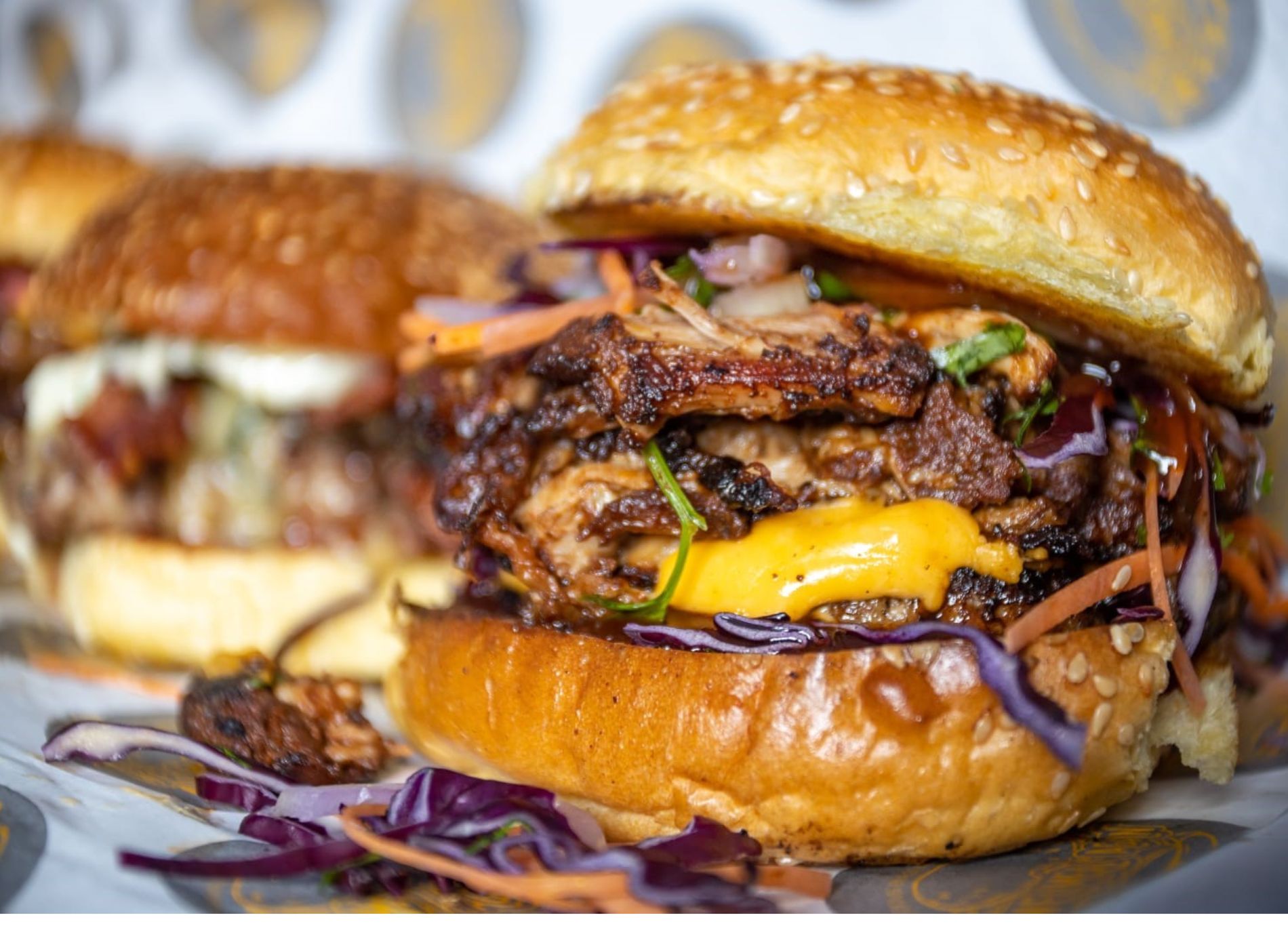 Delicious burgers and loaded fries from a locally based company that uses locally sourced ingredients wherever possible. 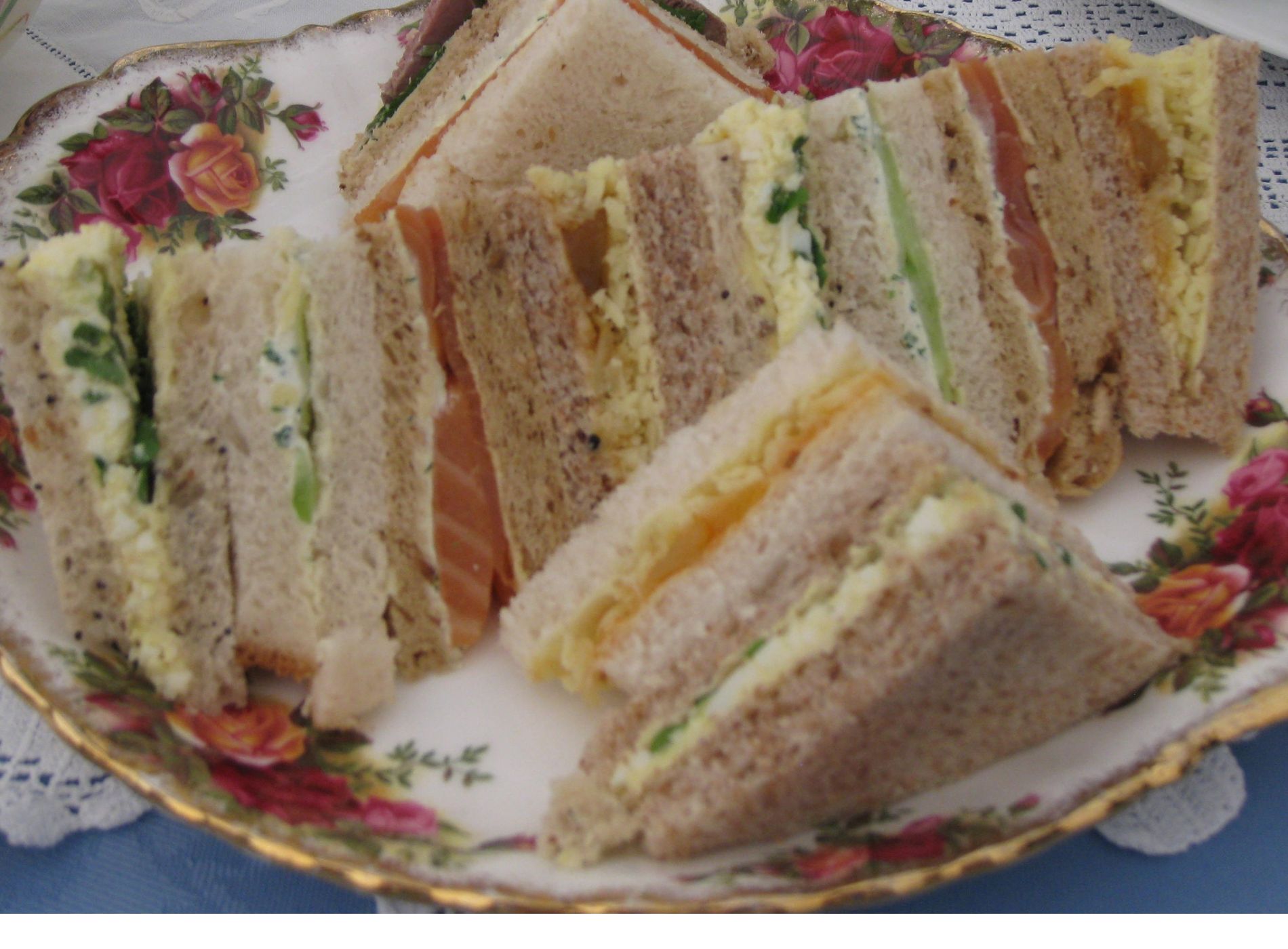 Street parties need sandwiches. Celebrate this extraordinary anniversary with a sarnie filling suggestion that’s wild or wacky, but very, very delicious and win a prize from Jack Spratt Sandwich Bar in Devizes. Post your favourite  on our Facebook or Instagram page and you’ll automatically be entered into our competition. Plus, your sandwich will be made and sold @jacksprattsandwhichbar over the Jubilee celebrations. We want to reach at least 70 ideas. Fit for a queen.   Terms and conditions of entry: No limit on entry suggestions Suggestions only via Devizes Food & Drink Festival Facebook or Instagram posts In the event … → 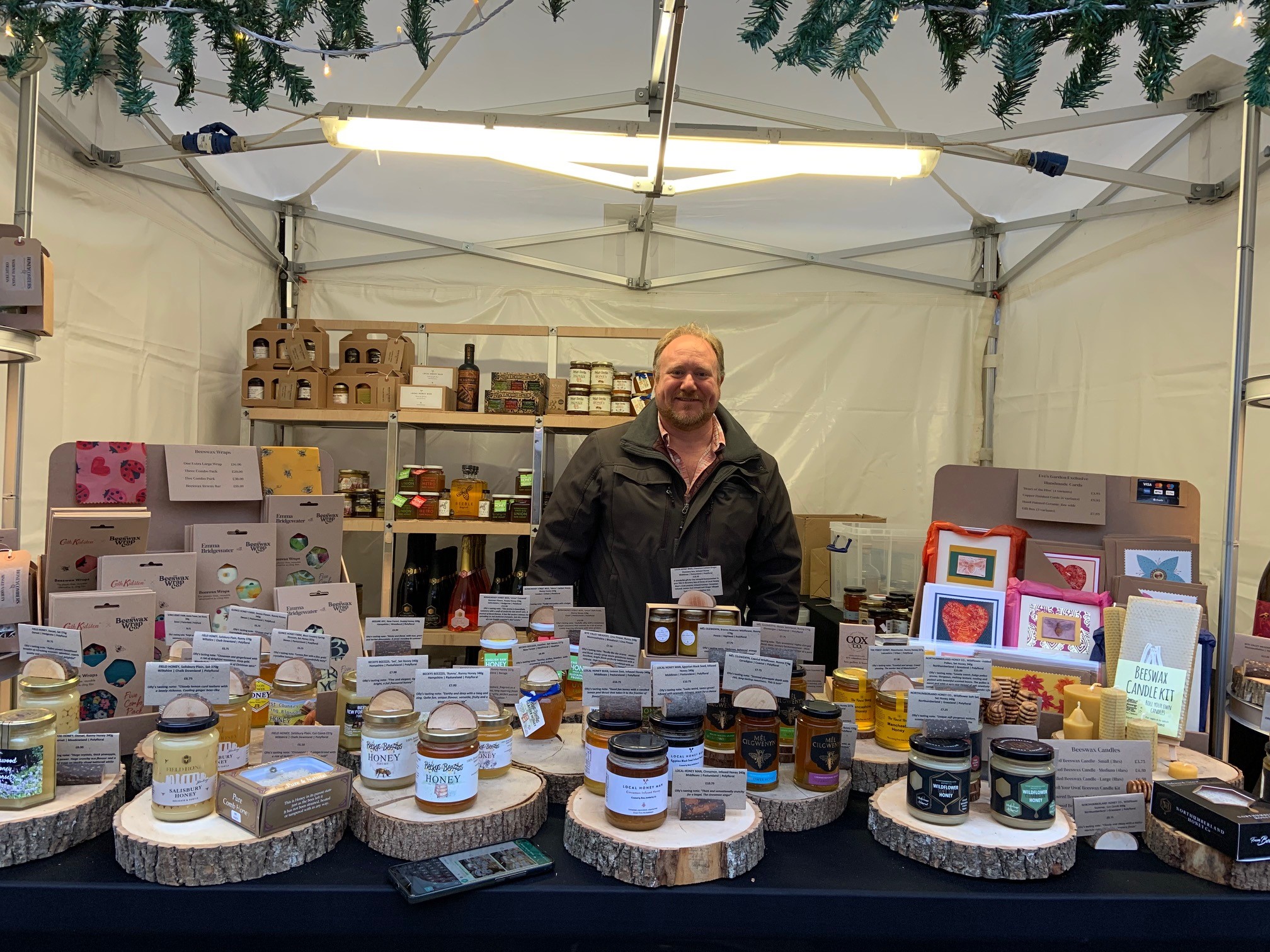 A treasure trove of raw artisan honeys from all over Britain, plus a range of other honey and bee related products. 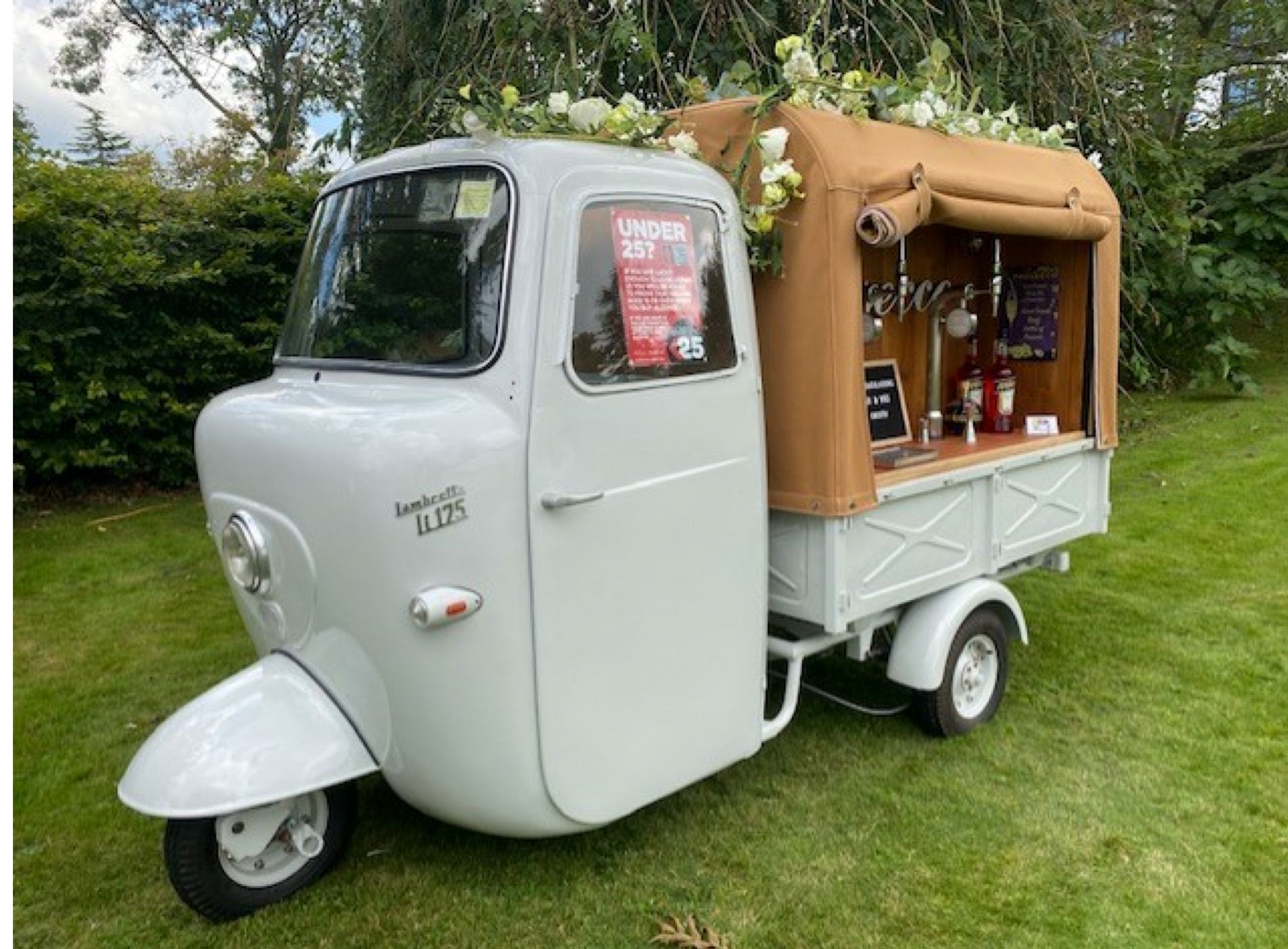 Take a refreshing break from market shopping with a sparkling glass of prosecco from this stylish bar. 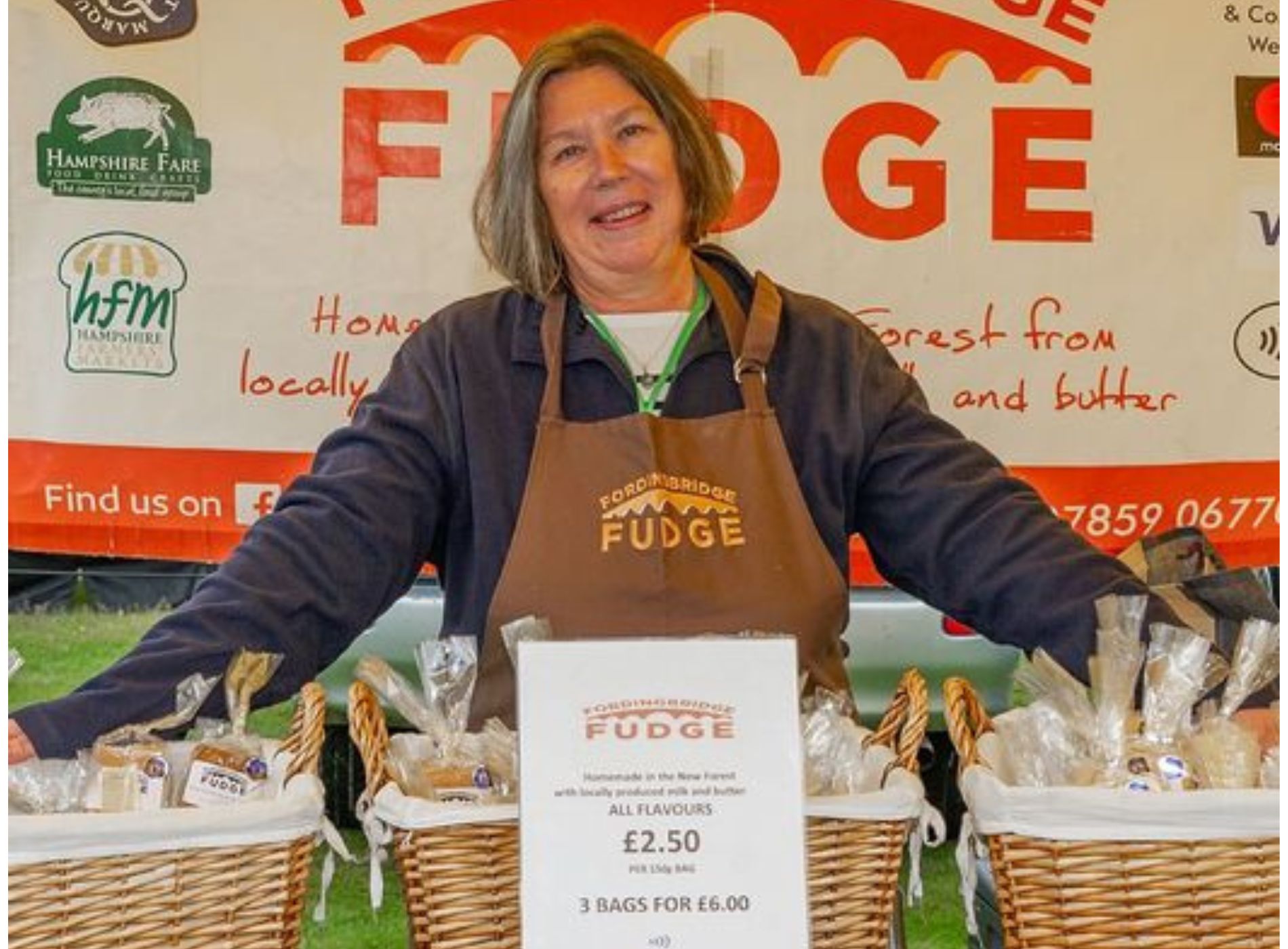 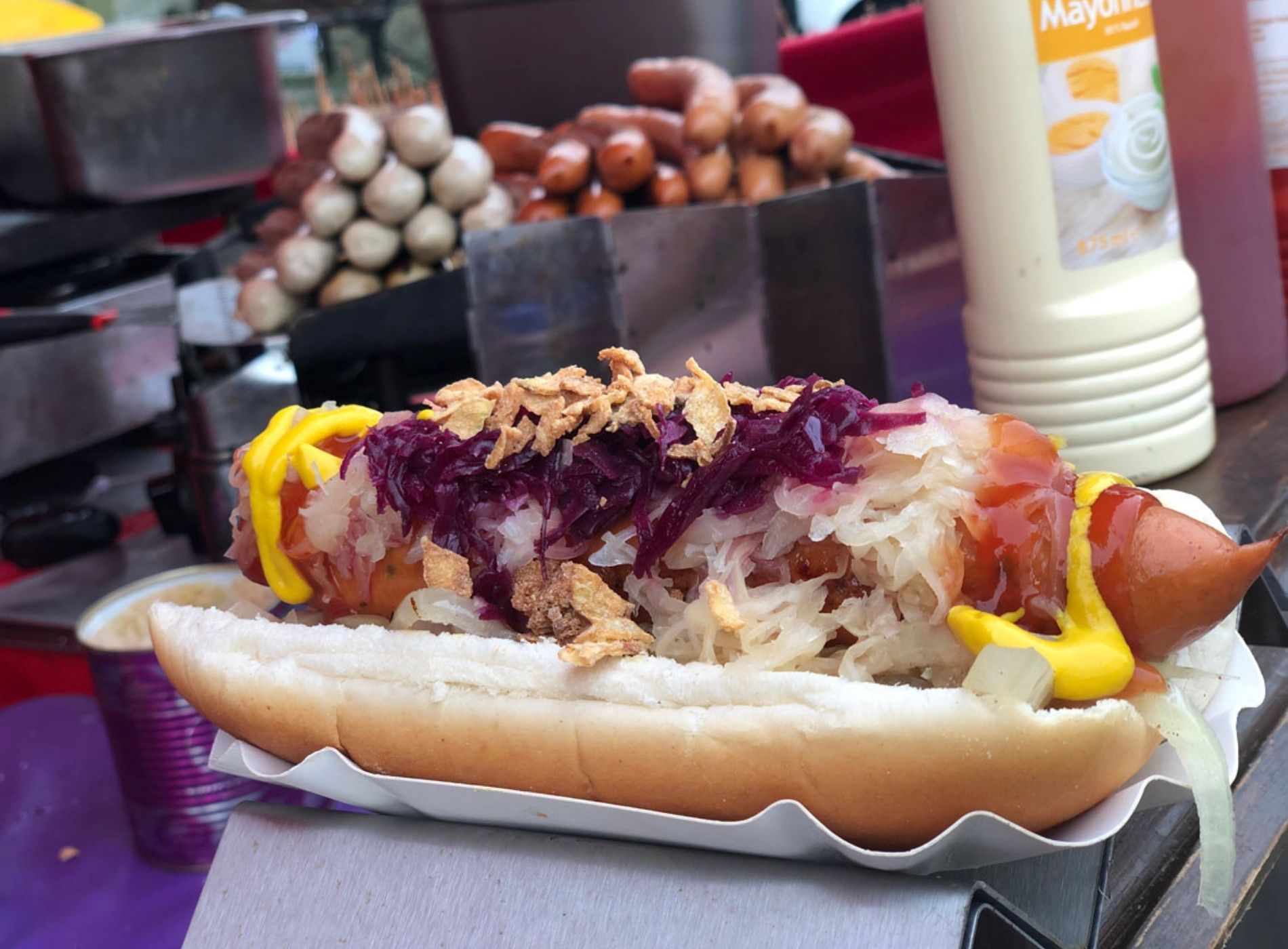 Traditional Bavarian Bratwurst, Kasewurst, Bacon Krakauer and don’t forget the Currywurst! With all the trimmings…’ 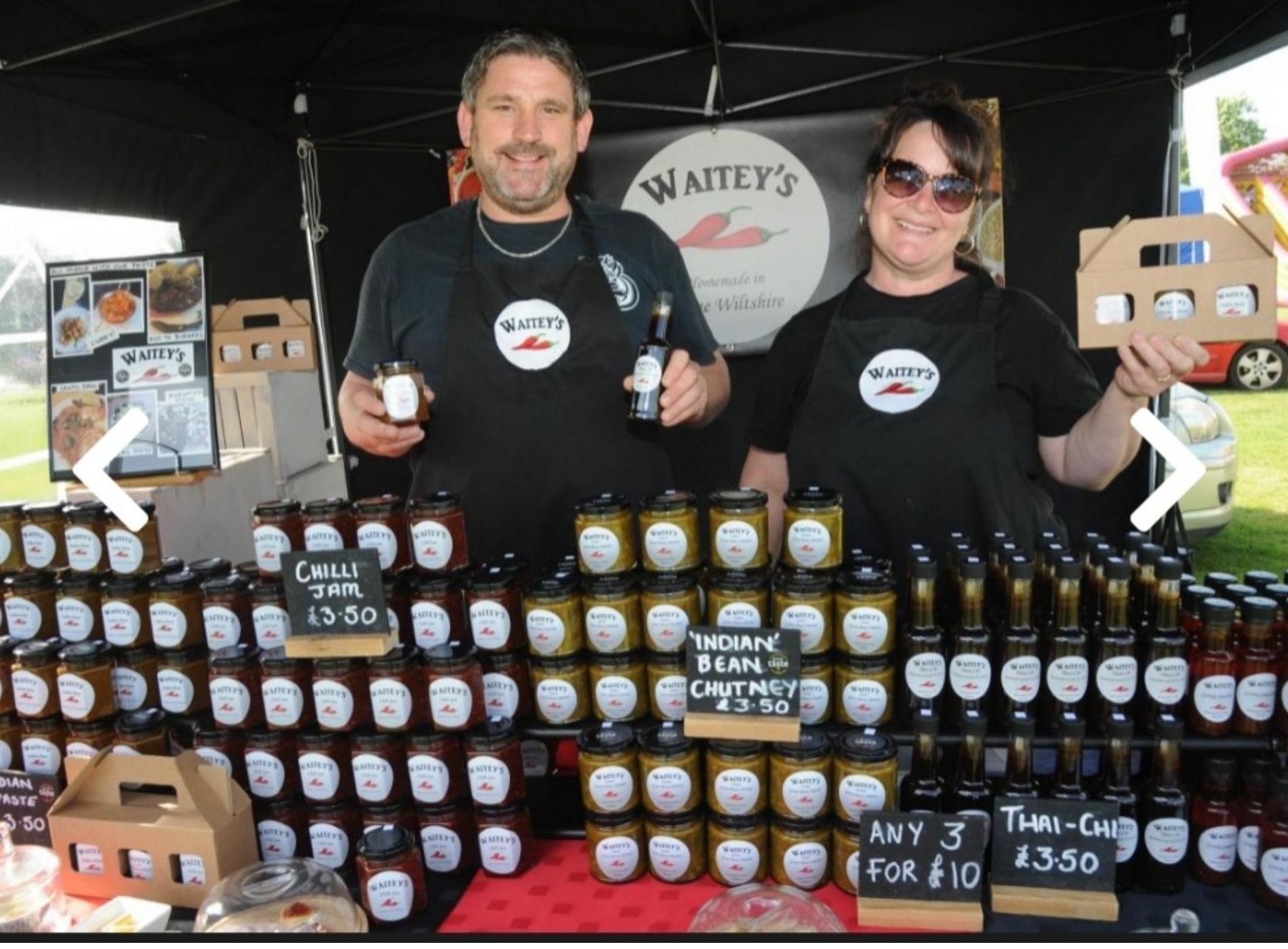 Delicious spiced pastes, chutneys, marinades and condiments with flavours from around the world, made just down the road in Calne.  Try before you buy. 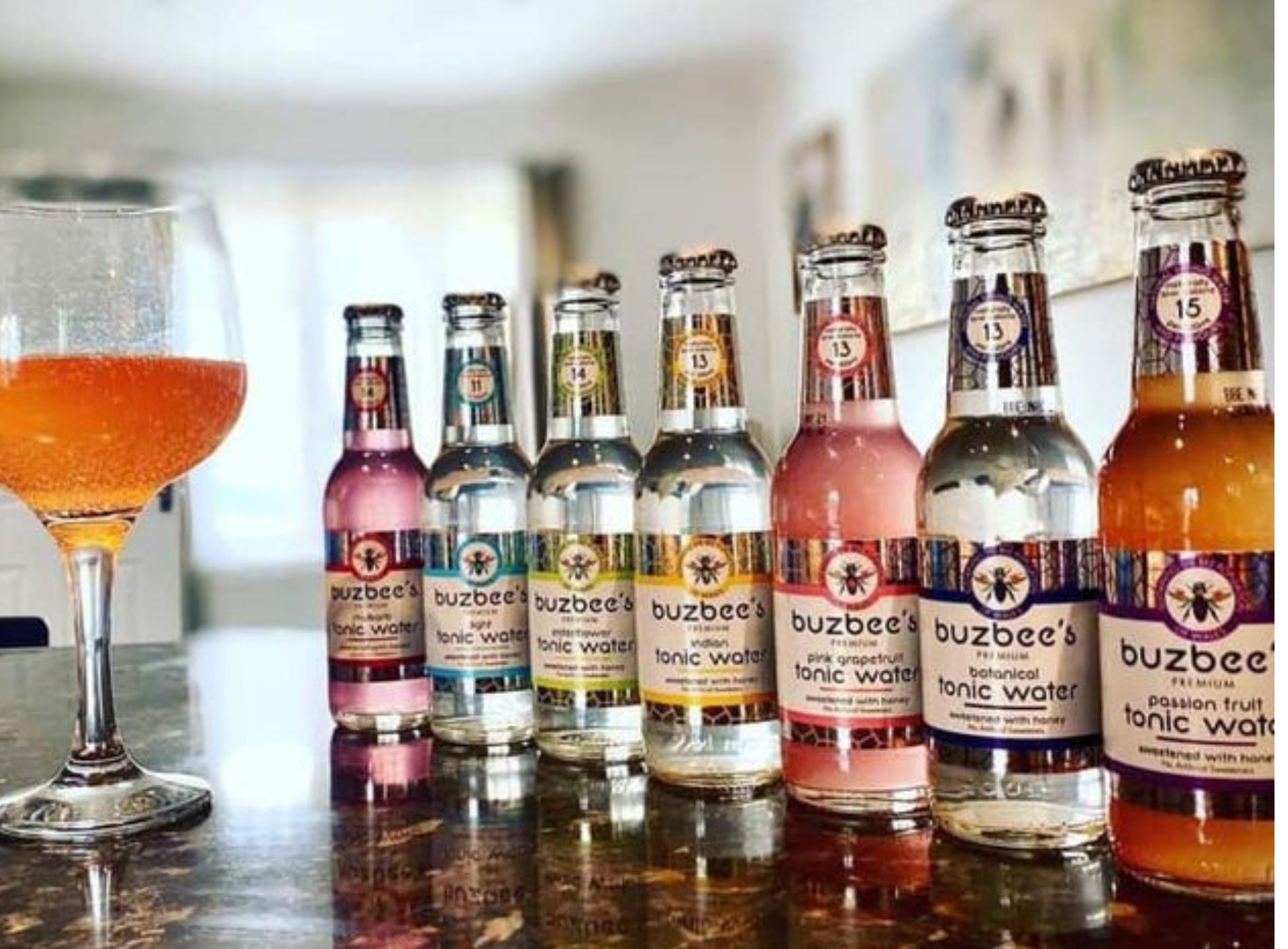 A range of delicious Tonic Waters, made from Welsh Spring Water, with honey to sweeten.  Perk up your gin with 9 different flavours including rhubarb, passion fruit and botanicals – delicious! 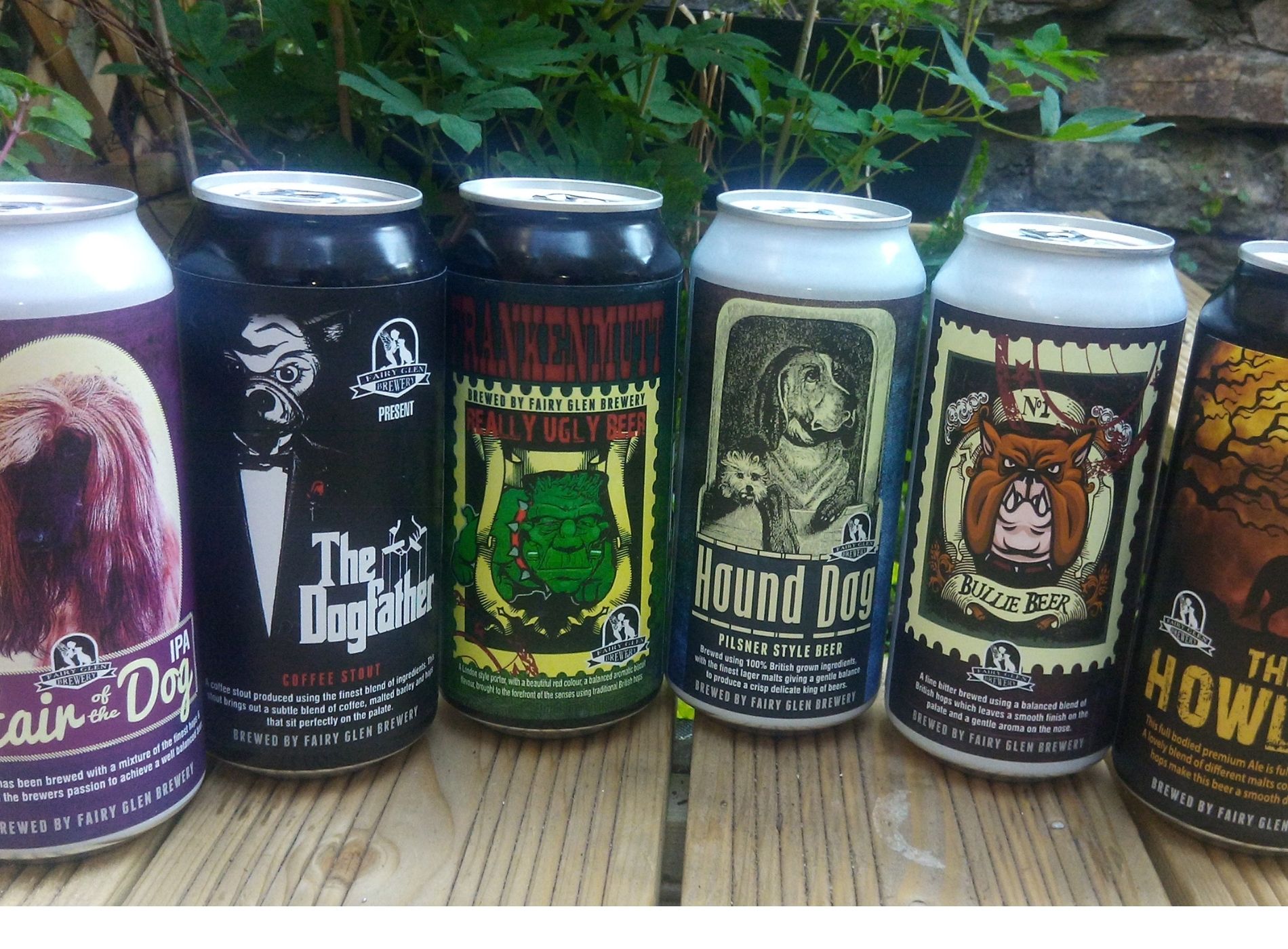 Fairy Glen is a small brewery based in South Wales, who aim to create traditional, easy drinking session beers.  They cask, keg and can the beers they produce, and will be serving three of them at the Market. 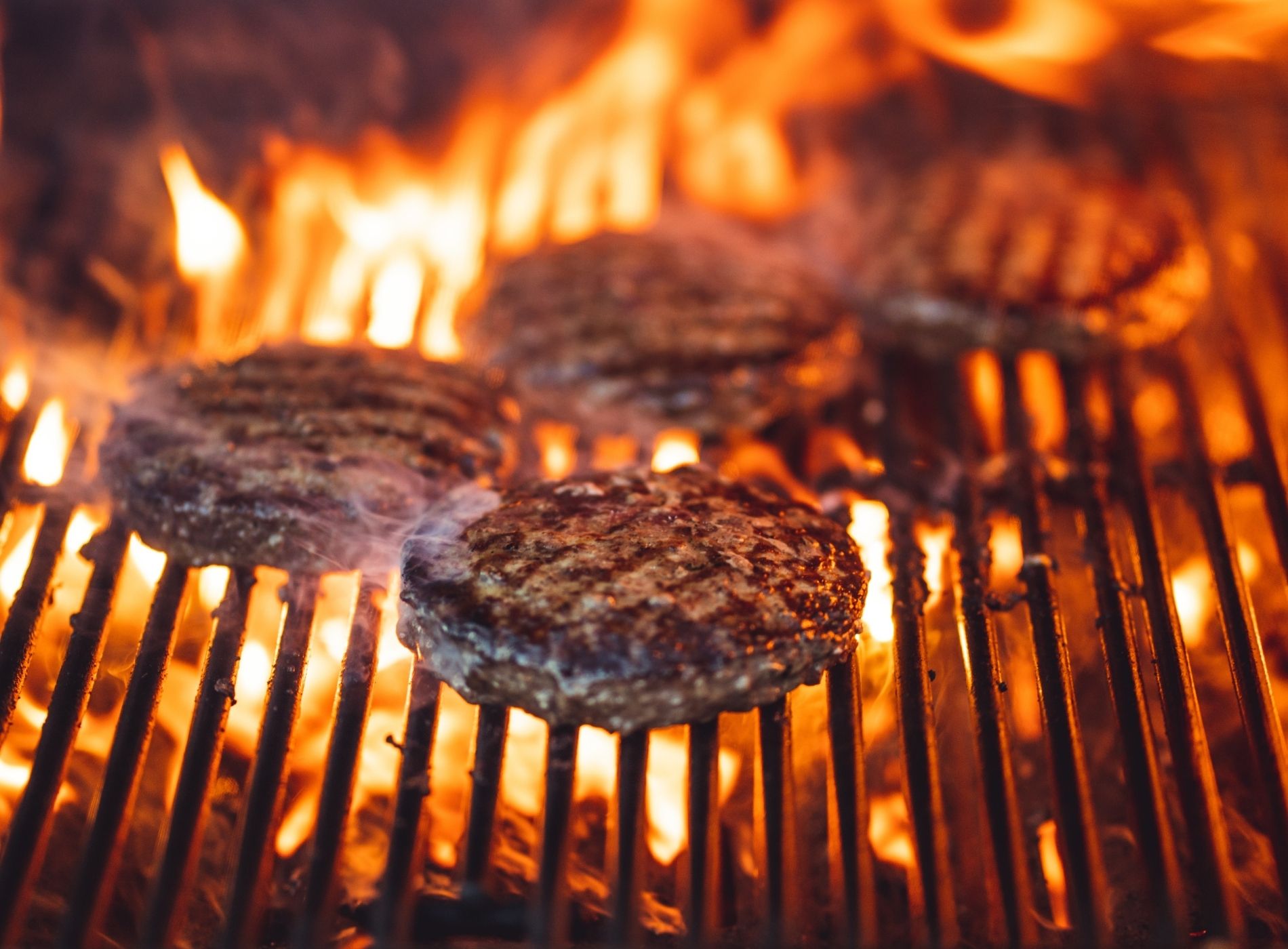 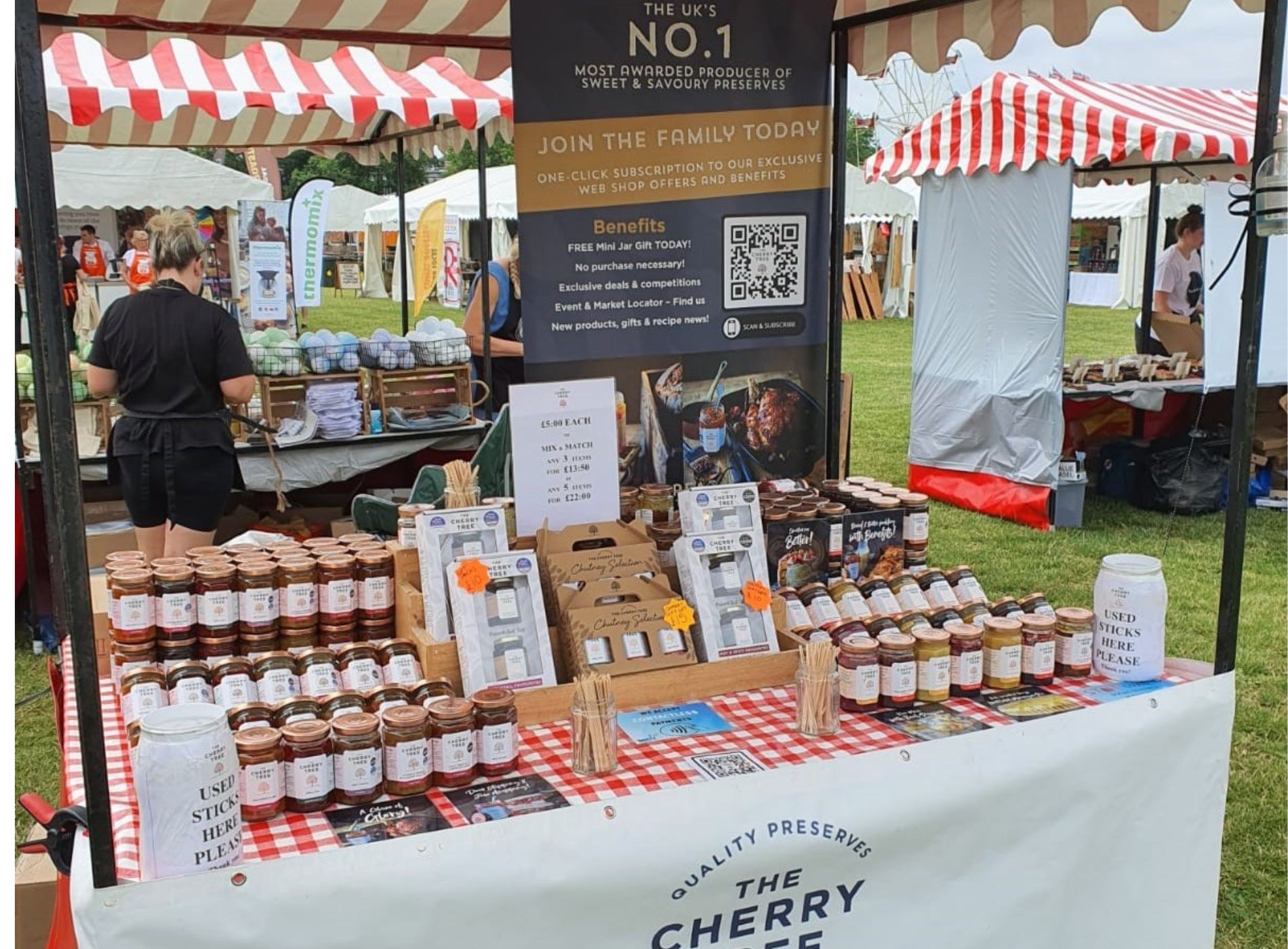 Since 1997 Cherry Tree Preserves have focussed on producing the finest chutneys, preserves, marmalades with flavours to excite tastebuds everywhere. 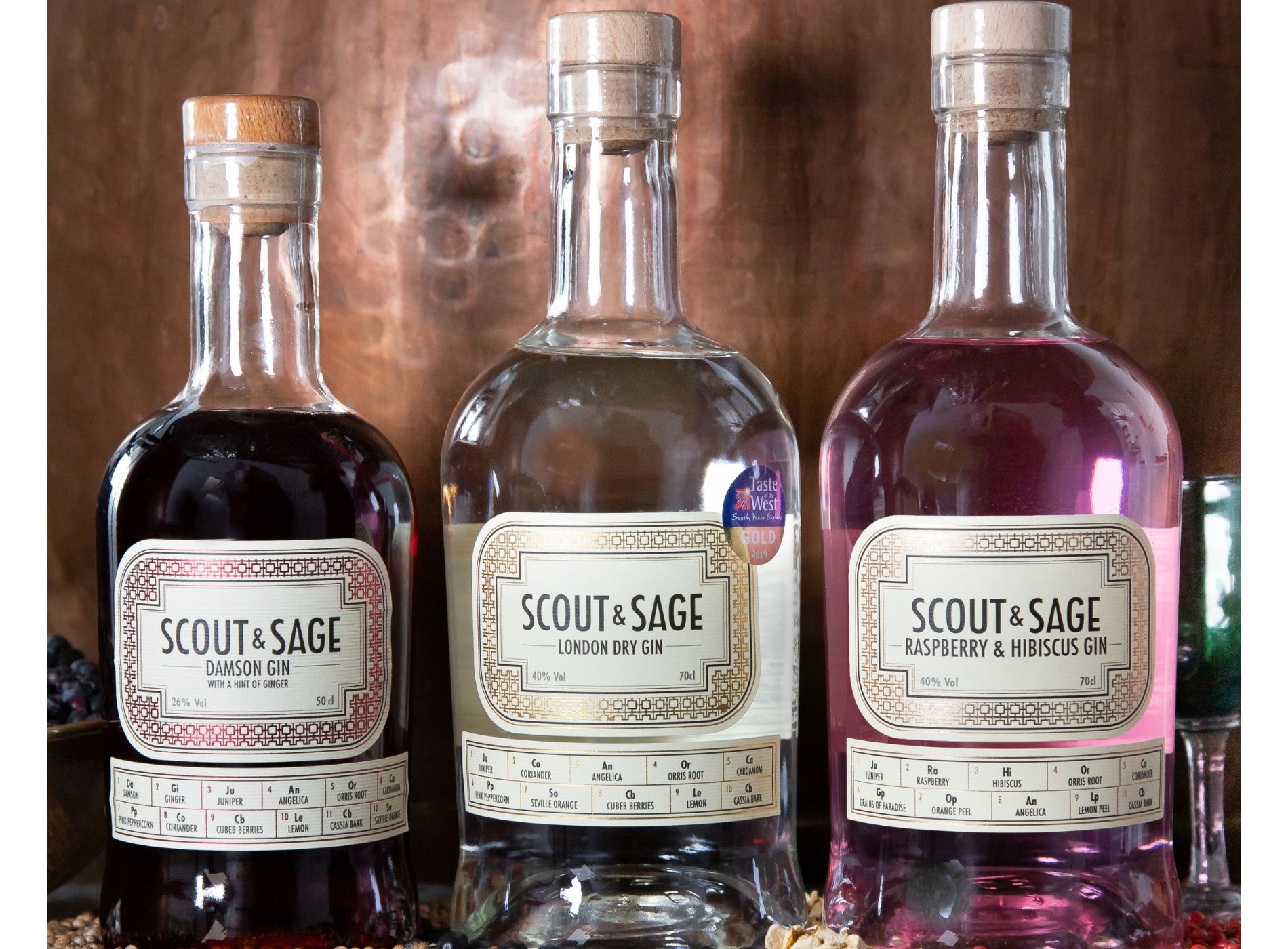 Scout & Sage Micro Distillery produce award winning gin and are based in the village of Semington, Wiltshire. 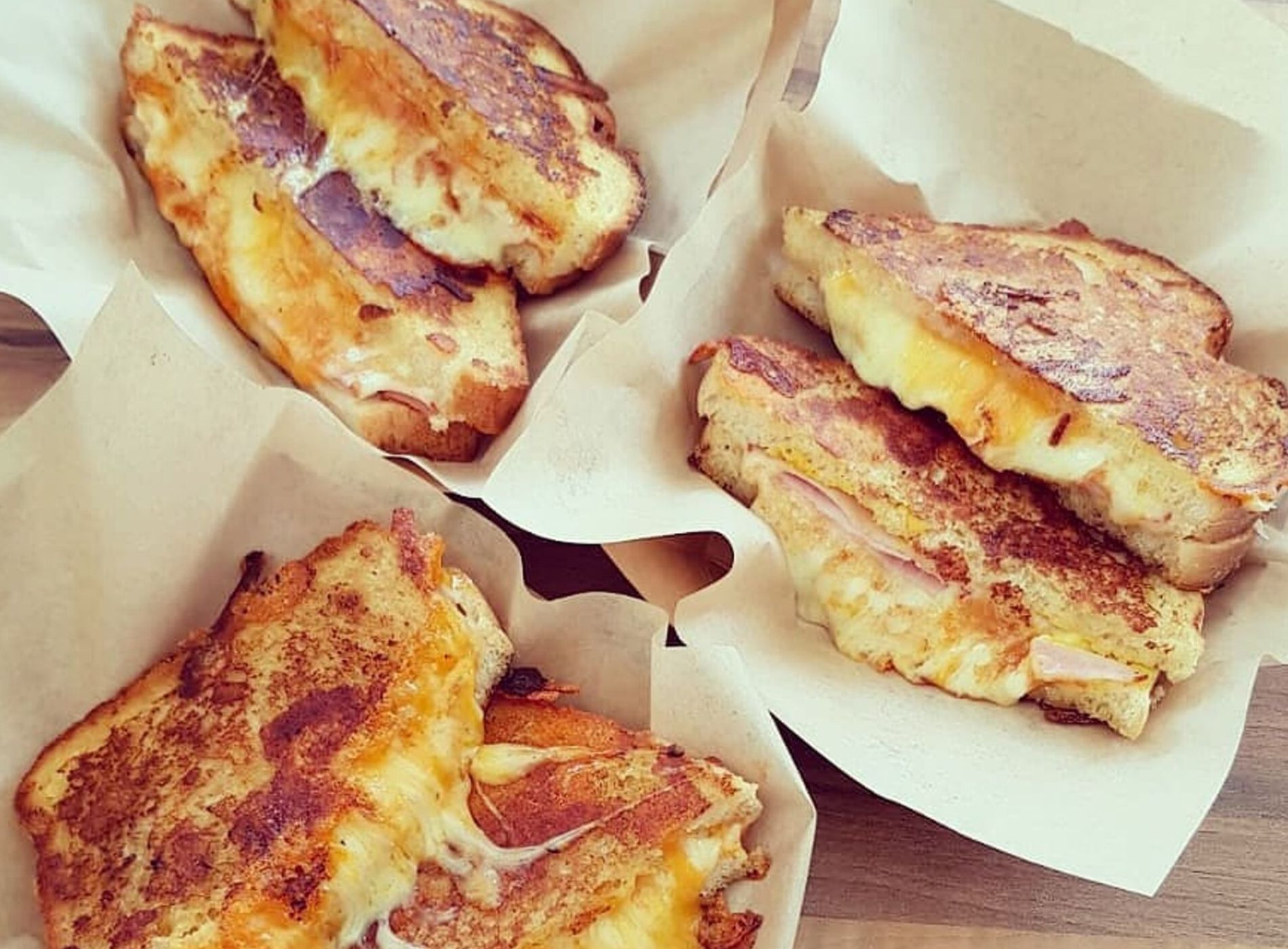 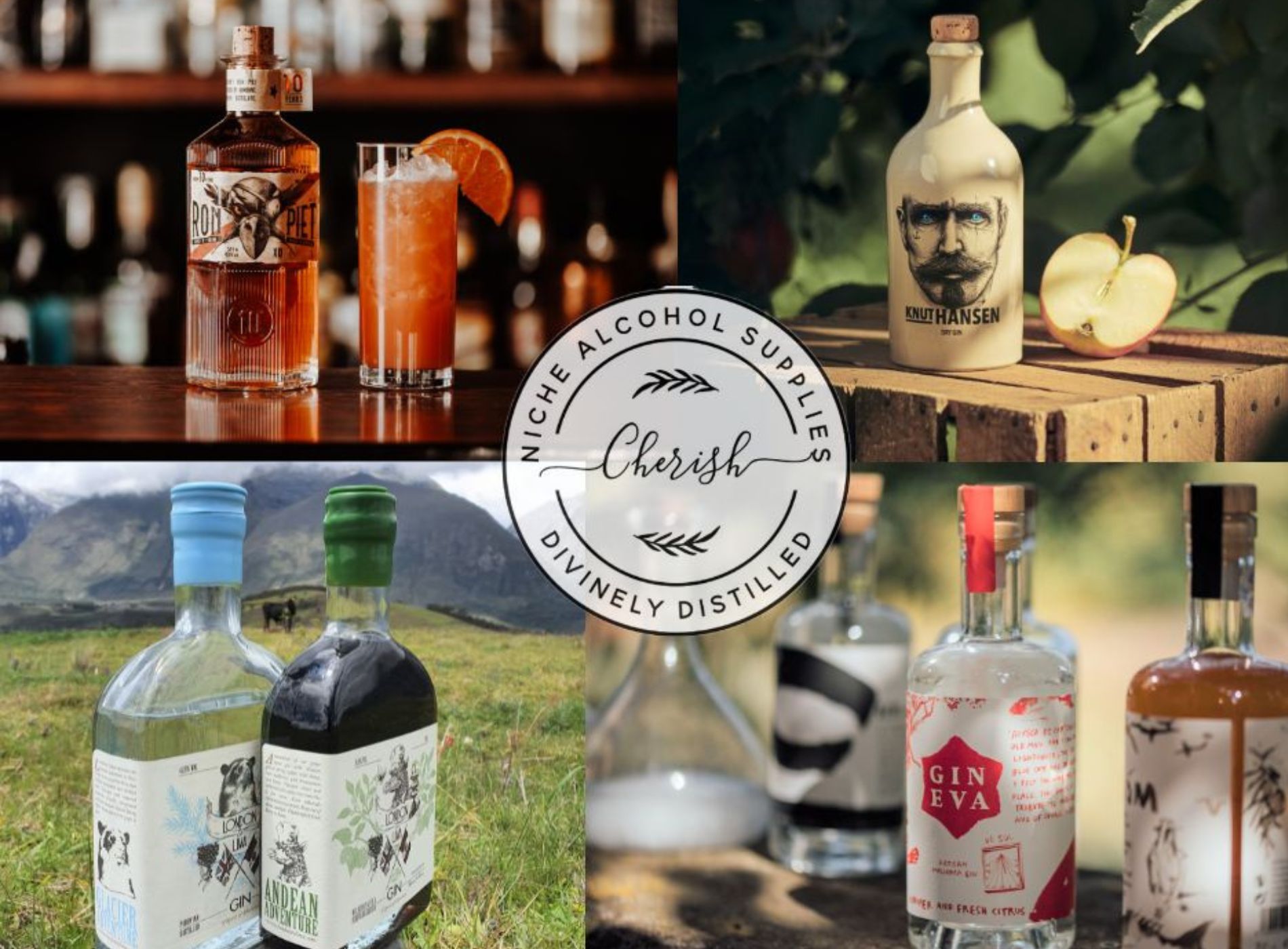 Cherish every note of the divinely distilled, award-winning spirits from Niche Alcohol Supplies.  Visit them and taste these amazing spirits. 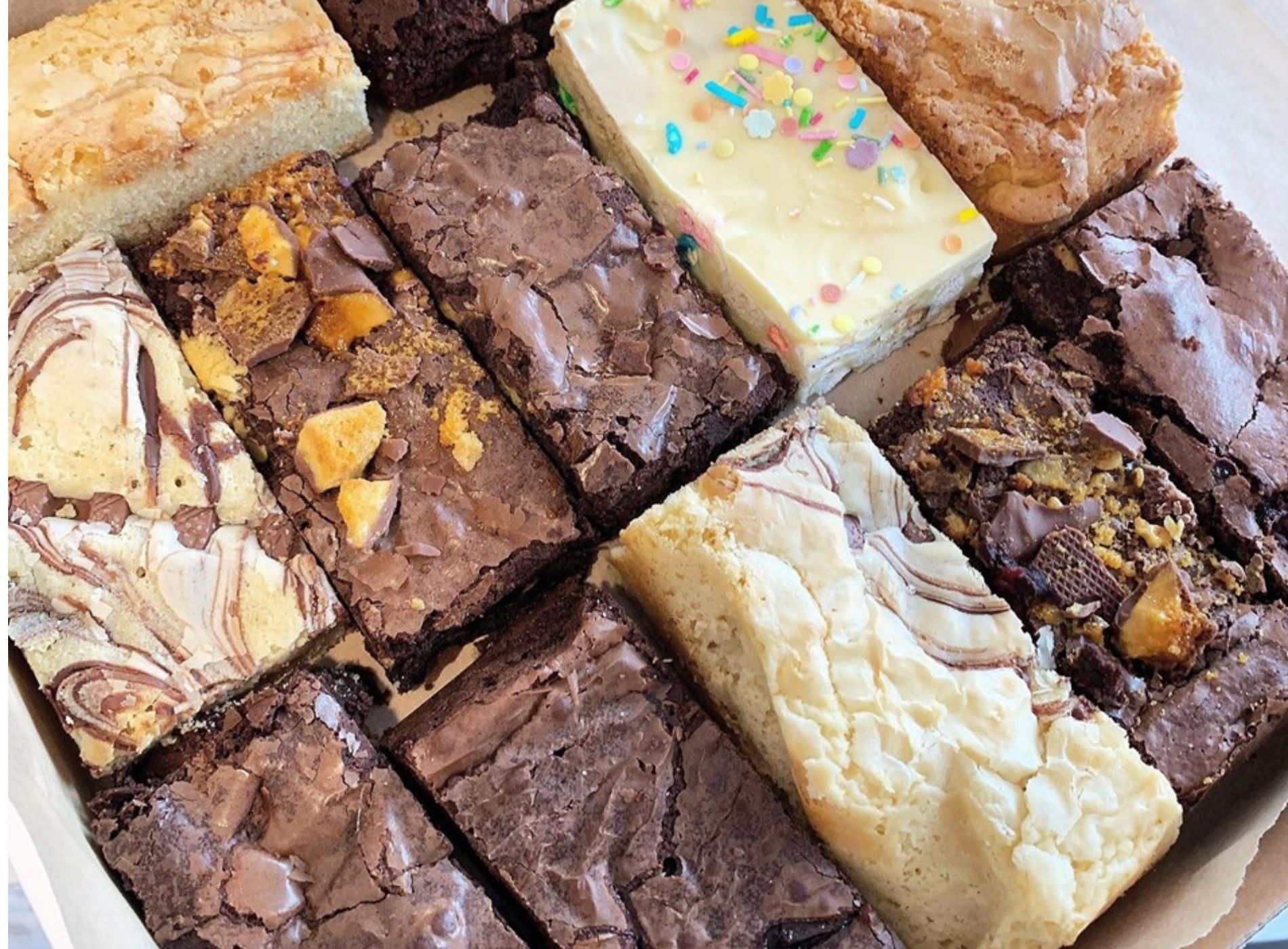 Artisan brownies in a huge variety of flavours including vegan and gluten free options. 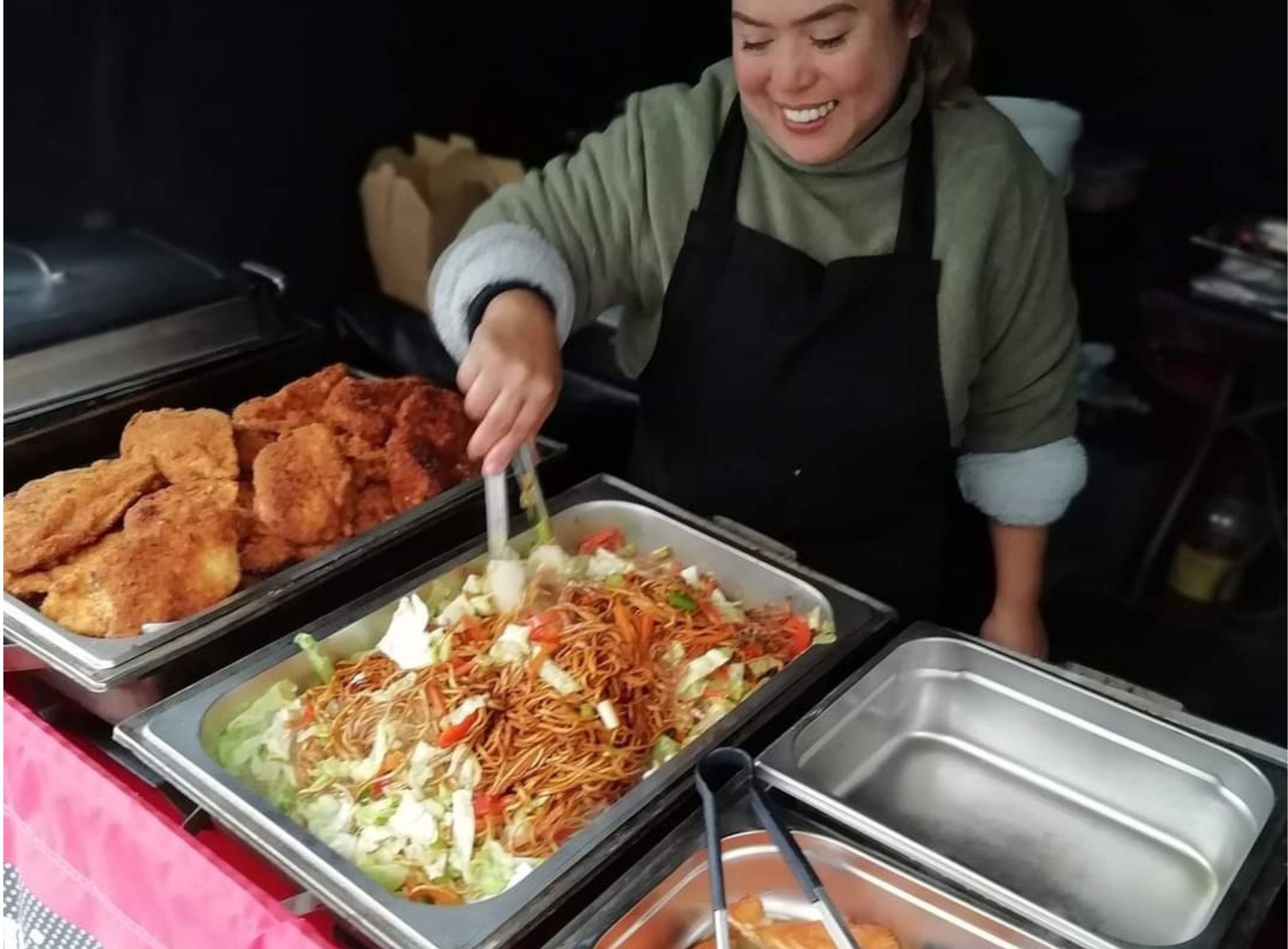 Cathy specialises in making Japanese food with Filipino fusion. Everything is freshly cooked, and locally sourced where possible. 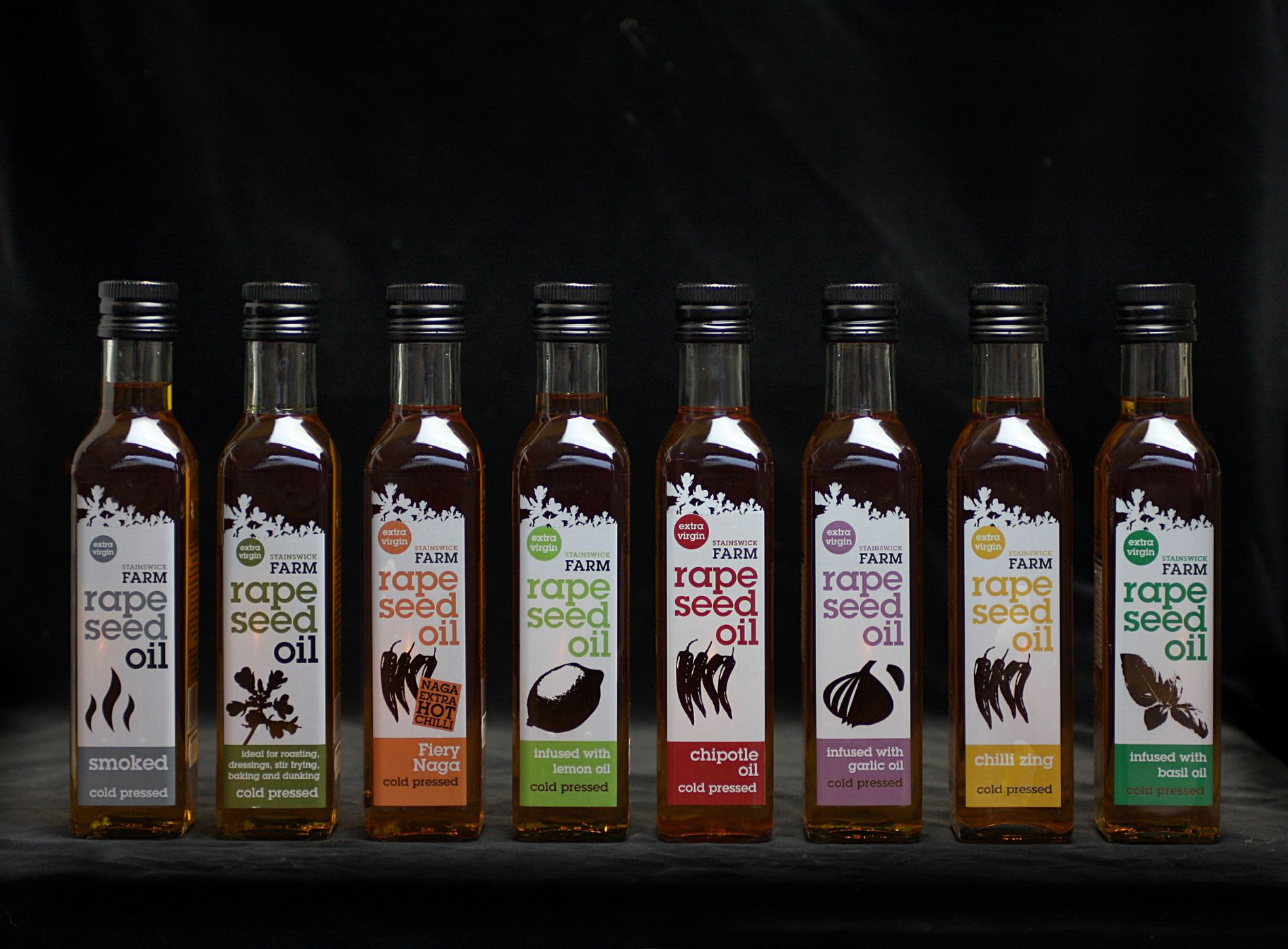 Oil from rapeseed grown, pressed and bottled on the farm, minimising food miles and maximising quality and taste. 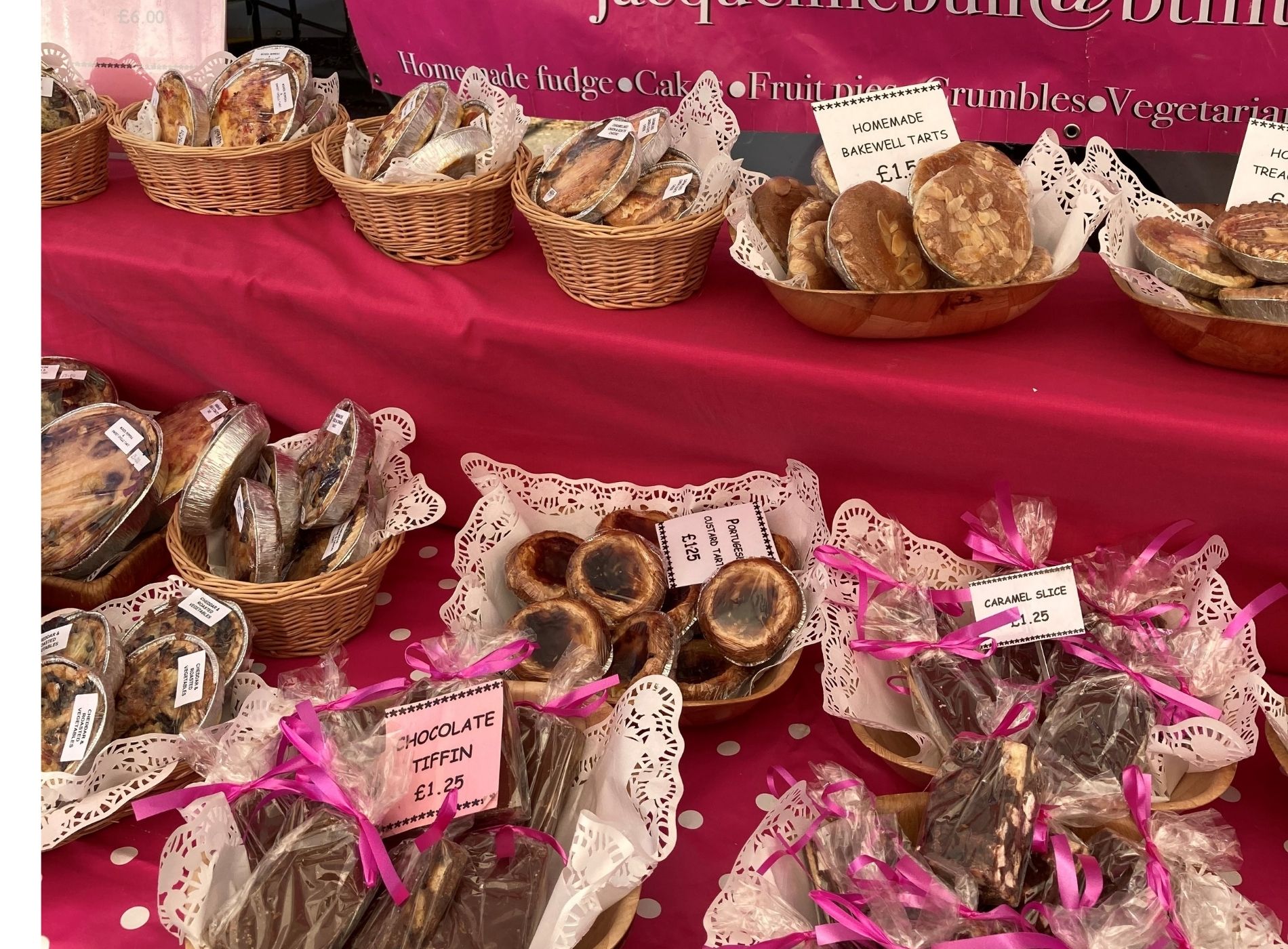 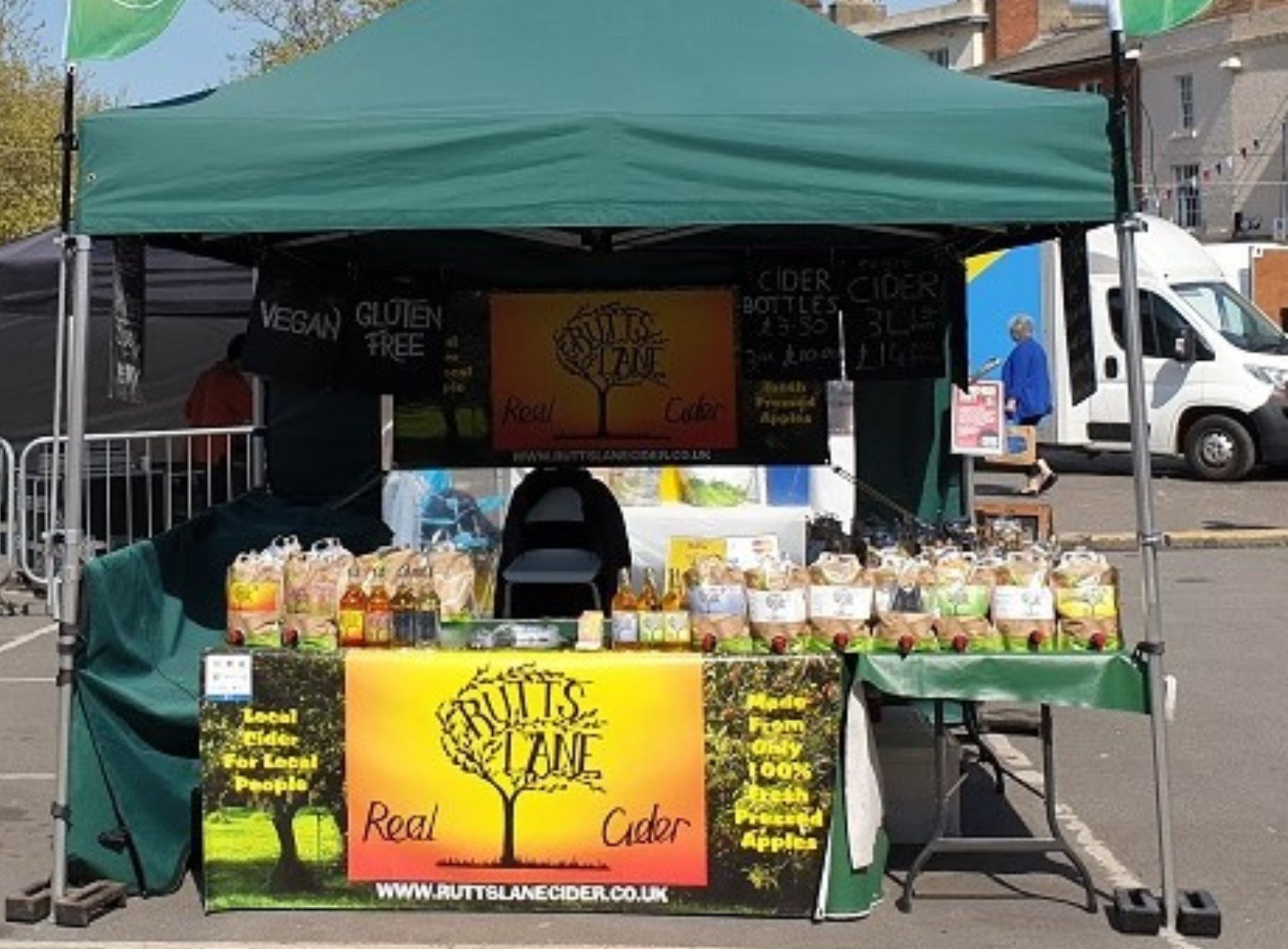 A small craft cider producer which uses apples that would mostly otherwise be wasted.   Only local apples are used for Rutts Gold Cider,  while other ciders are made from West Country cider apples from selected specialist orchards in Dorset and Hereford.  If you have a productive apple tree, read on. 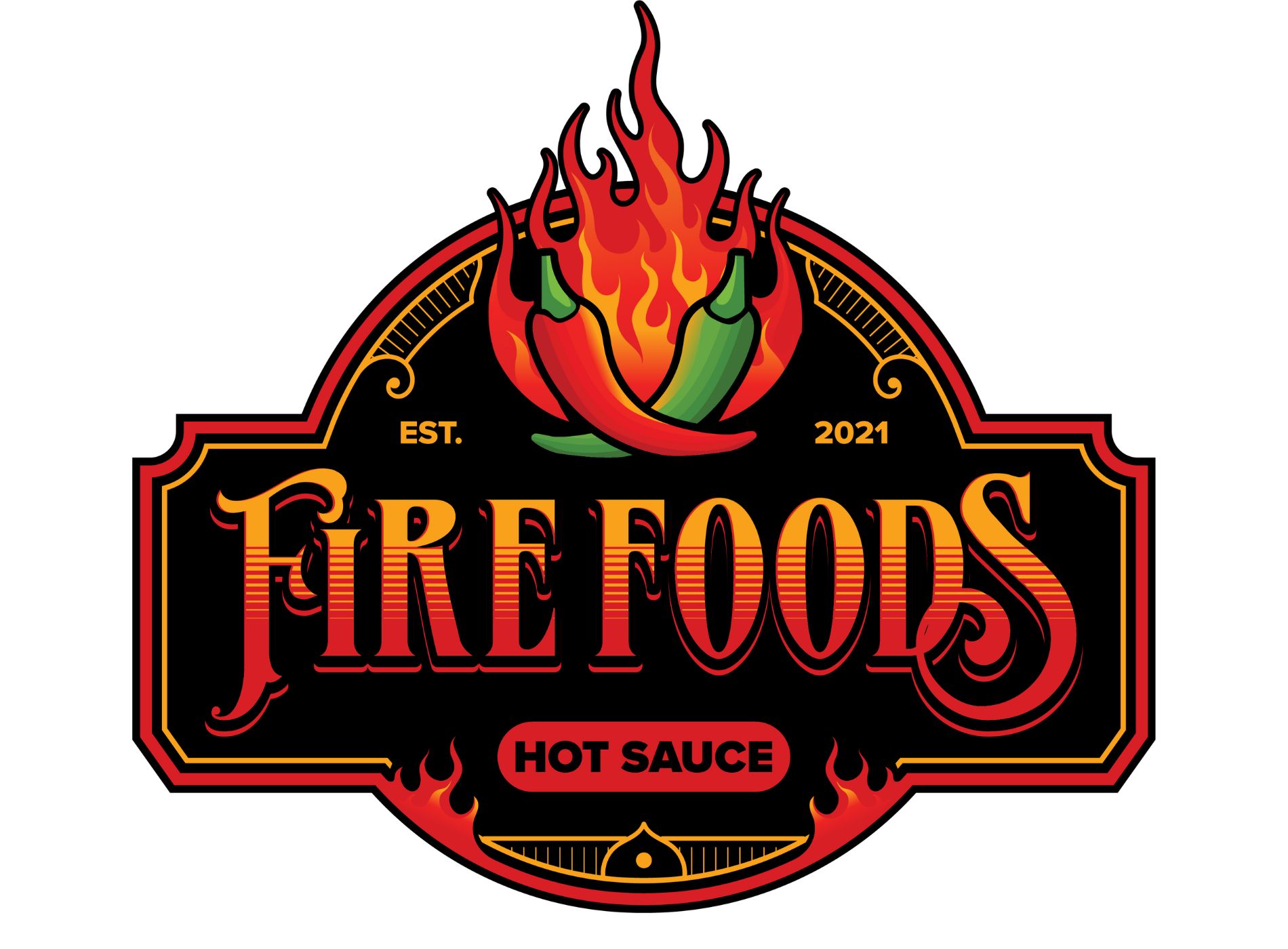 With a decidedly un-PC take on the hot sauce world, Fire Foods bring you a risqué take on flavour! 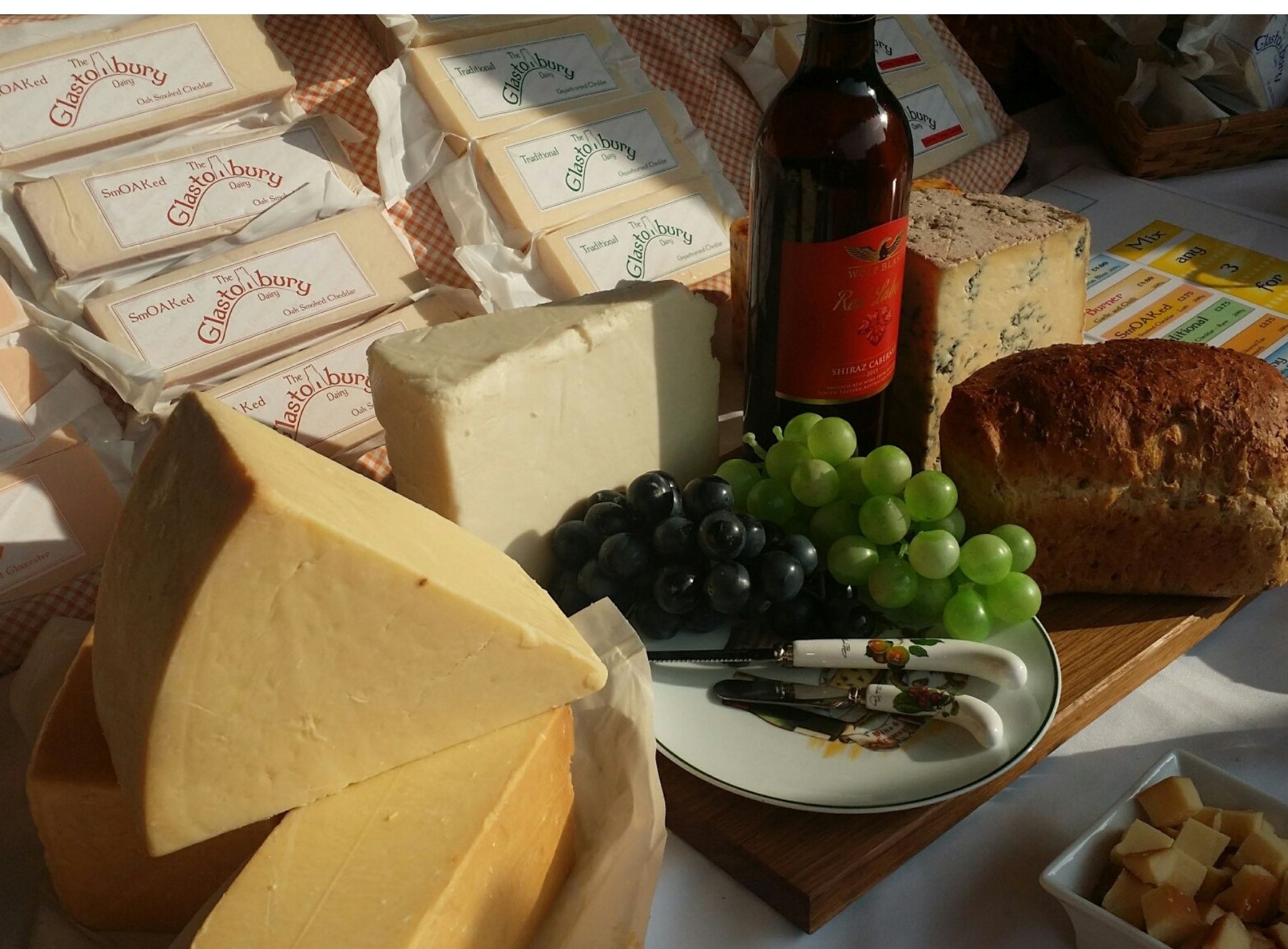