In 2021, we asked people to compete to create a new Pie for Devizes.  The entries were delicious, and the judges had a hard time deciding on the winners, but in the end these two had the edge.

7 eggs and I yolk

Prepare all filling ingredients first and have them ready before you make the pastry as it needs to be used while still warm. Boil 7 eggs for 9 minutes and cool immediately, when cold peel and keep ready. Split sausage meat into two and mix half with the harissa, cumin and paprika.  Season bacon with pepper. Make stuffing as per packet instructions. Drain cornichons and peppers.  Remove skin from black pudding.

For pastry, place flour and salt in a heatproof bowl, place water and lard into a saucepan and heat until lard is melted and liquid is hot, make a well in centre of flour, drop in ygg yolk and cover lightly with flour, pour on liquid and mix well to make a dough. Do not use your hands initially as it will be hot. Kneed until smooth once you can handle it then make into a cylinder and cut one third off to use as the lid.  Roll out remaining pastry to approximately ¼“ thick and use to line your floured 2 litre loaf tin.  NB make a ’sling’ of greaseproof paper or parchment to go underneath the pastry to help with removal. Ensure there are no holes in the pastry and leave enough to join with the lid for crimping.

Next start layering your filling

1 A layer of stuffing

4 Put half of the bacon on either side of the egg, lay cornichons lengthways on top of the bacon then add the remaining bacon

5 Sprinkle a layer of pistachios on top of the bacon

6 The spiced sausage meat forms the next layer

Next prepare your lid, roll out to ¼” thick and big enough to cover your filling with a little overhang, dampen the top of the pastry on the tin, place lid on and press genrly, crip as you wish to seal.  Trim in necessary and make a few holes for steam to escape. Decorate with cut out shapes from any left-over pastry if you wish using water to stick them on. Mix the egg yolk with a pinch of salt and brush generously over the top of the pie.

Cook in a pre-heated oven (on a try in case of spills or fat leakage) at 230ºC—Gas 8 for 20 mins. Then reduce oven temperature to 160/170ºC—Gas 3.  Cover pie with foil and continue to cookf or 1 hour and 45 minutes, then uncover and raise oven temperature to 200º—Gas 6 for 30 minutes.  (Check top for colour).  Check the internal temperature of the pie after this time—it should be at least 71ºC (into meat).  If not continue to cook until it is.  Remove from oven and cool, chill well before removing from the tin. 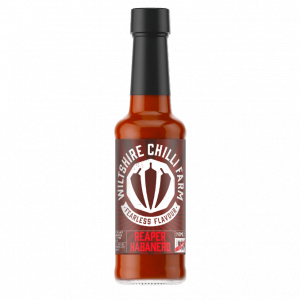 Cook the vegetables individually, make the pastry, spread the pastry inner layers top and bottom with chilli jam and assemble all ingredients in layers. Paint pastry with beaten egg.